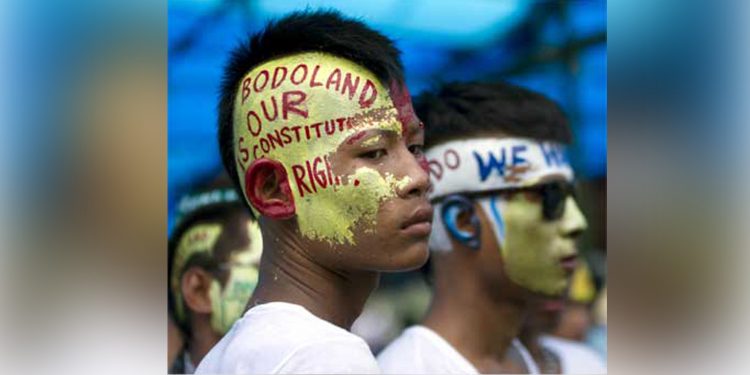 The National Federation of New States (NFNS) on Monday strongly demanded the creation of a separate Bodoland state.

The NFNS has also been demanding the creation of separate Vidarbha state bifurcating Maharashtra.

“We want a separate state to fulfil hopes and aspirations of our community,” said Pramod Boro, NFNS treasurer.

“The recent developments in J&K, Daman and Diu have proved that if the central government wants, they can definitely create a separate state,” Boro added.

“The present exercise also gives an impression to the common man that only if there are a political compulsion and violence, there is a compulsion to create new states and union territories and they are so created,” said Boro.

Hundreds of supporters for Bodoaland and Vidharbha state staged a protest demonstration at Delhi’s Jantar Mantar pressing for their demand.

“It‘s a well-known fact that BJP is in favour of the creation of small states as per its Bhubaneswar Convention of 1996,” said NFNS spokesperson Swapnajit Sanyal.

“It can’t have any excuse for not creating other new states that are demanding separation from the existing ones,” Sanyal added.