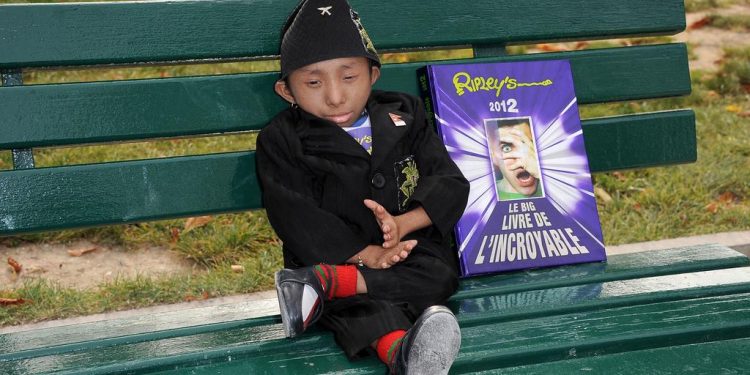 Khagendra Thapa Magar, who was known as the world’s shortest man capable of walking as verified by the Guinness World Records, died at a hospital in Nepal on Friday.

Magar was declared as the world’s shortest man in the Guinness World Records in 2010.

However, the title of world’s shortest man was soon claimed by Chandra Bahadur Dangi, a Nepalese citizen who measured 54.6cm (1 foot, 9.5 inches).

With Dangi’s death in 2015, the title was again regained by Magar.

Magar travelled to many countries and had made television appearances in Europe and the United States.

He also became an official face of Nepal’s tourism campaign, which featured him as the smallest man in a country that is home to the world’s highest peak, Mount Everest.

“We’re terribly sad to hear the news from Nepal that Khagendra is no longer with us,” said Glenday.

The title of the world’s shortest man is now claimed by Edward “Nino” Hernandez of Colombia, a reggae ton DJ who stands 70.21cm tall (2 feet 3.64 inches).