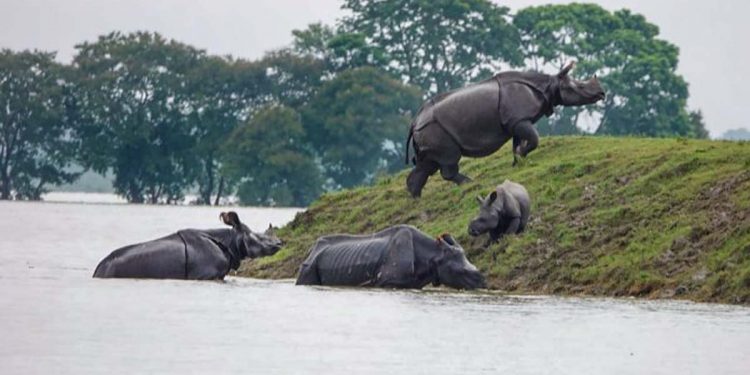 Nearly 50 people have been killed due to floods in Assam so far.

Six more people died in rain-related incidents in the on Monday.

As per an official bulletin, floods have submerged 95 per cent of the Kaziranga National Park and Tiger Reserve.

According to the daily flood report of the Assam State Disaster Management Authority (ASDMA), the the flood situation has so far affected more than 2.1 million people in Assam’s 27 districts.

Over 60,000 flood affected people are taking shelter in 480 relief camps.

A sub-adult male tiger came out of the Agratoli range of Kaziranga National Park on Monday morning and took shelter in a goat shed in Kandolimari village located in the periphery of the park.

A report quoted P Sivakumar, director of kaziranga National Park: “Due to rise of water and to find a safe escape, a sub-adult tiger has entered inside a goat shed in Kandolimari village, Agratoli. Utmost care is being taken to ensure safety of both people and tiger.”

Meanwhile, the number of villages submerged by flood waters increased to 59 in Jorhat district on Monday while the number of population affected went up to 38119.

The the district administration has set up a relief camp to house 36 families. 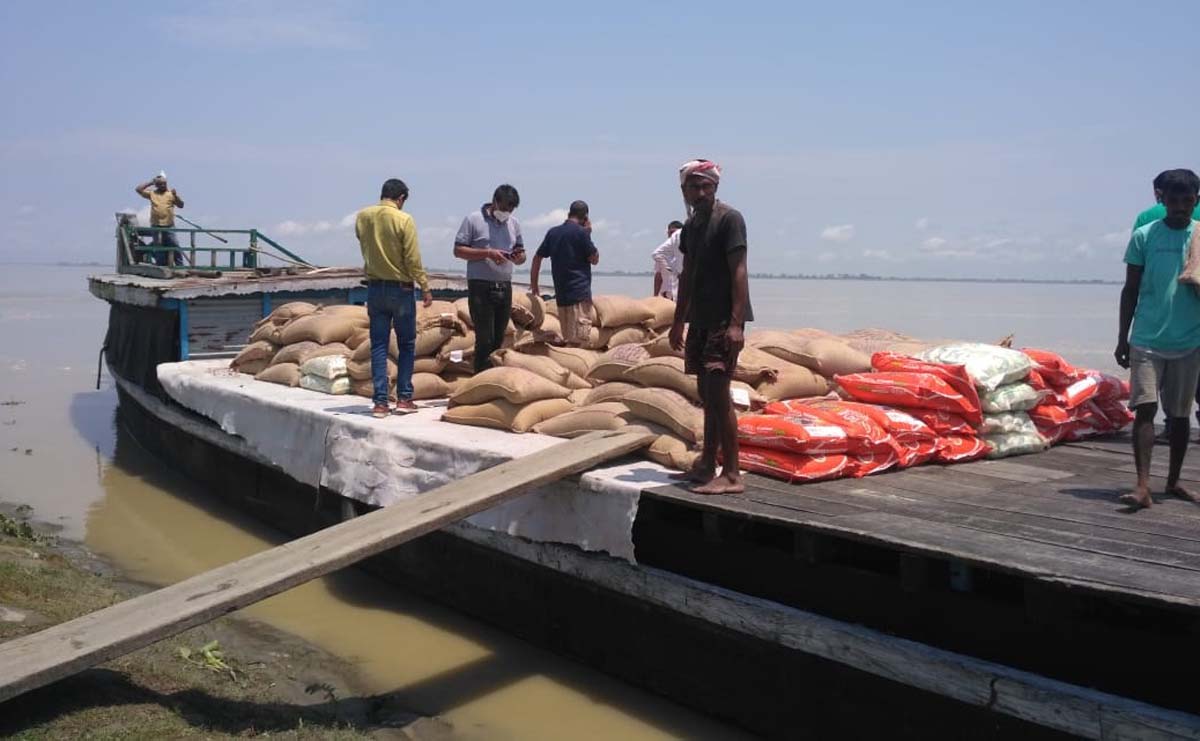 He further informed that the crop area under water increased to 598.92 hectares.

The official said one relief camp housing 36 flood-hit people has been opened at Rajabari HS School and nine relief distribution centres had been opened under the Teok Revenue Circle.

The number of big animals affected in the three Revenue Circles went up to 65,389, small animals increased to 29605 while poultry affected too rose to 17,506.