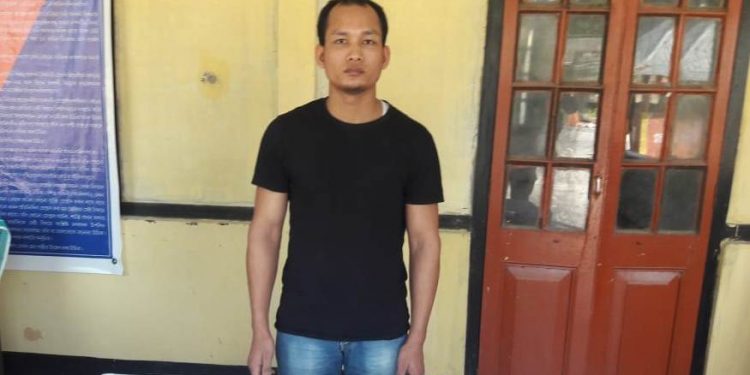 Army and police in a joint operation nabbed a National Democratic Front of Bodoland (S) militant from Dadgiri area in Chirang district in the intervening night of Saturday and Sunday.

The arrested NDFB(S) rebel has been identified as Danswrang Brahma alias B Dahar. Police officials said Dahar is a 40 batch cadre of the NDFB (S) and had been active since 2013.

Dahar was involved in multiple extortion and kidnapping activities in Chirang and Kokrajhar districts and was also involved in a firing incident involving Assam Police on June 26, 2018. Recently, he launched a recruitment drive in Chirang district.

“Based on specific input by intelligence agencies, search operation was launched by Army and Police near Dadgiri. At night the movement of suspected rebel was observed and he was nabbed. On searching his belonging, a factory made pistol, live ammunition and grenade was recovered,” said an Army official.

“This is a major setback to the militant group and has dealt a severe blow to the efforts of NDFB (S) in extortion activities.