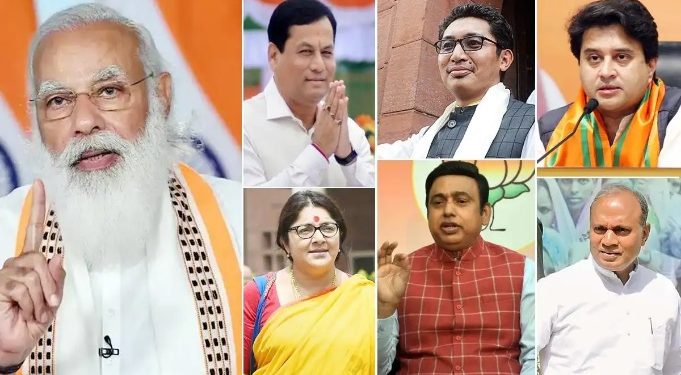 The reshuffle of the Narendra Modi cabinet is all set to take place on Wednesday at 6 pm.

As per reports, the new cabinet will be young and have proper representation of all the communities, while some non-performing ministers will be dropped as the Prime Minister has personally reviewed the performance of the present ministers.

A party functionary said that the new union cabinet will be one of the youngest in terms of average age and tone has been set by appointing Union Minister Thawarchand Gehlot the Governor of Karnataka.

“By making Puskhar Singh Dhami youngest Chief Minister of Uttarakhand, party leadership has signalled that young leaders will be groomed by giving key responsibility to them,” he said.

Another party insider said that everyone will get proper representation in the cabinet to send a message that the Modi government is the government of all and especially for the poor and deprived section of society. Sources said that about two dozen ministers will be inducted taking care of poll-bound states and social equations.

As per a report, young and new faces will also get majority of ministerial berths in the cabinet reshuffle.

Alliance partners will also be given ministerial berths in reshuffle, especially the Janta Dal-United (JD-U) and Apna Dal, who currently have no representation.