Northeast: Section of PSU banks to join two-day nationwide strike on Jan 8 and 9

In another blow to the common people, a section of PSU bank employees would go on a two-day strike on January 8 and 9 in support of the nation-wide strike call given by 10 central trade unions against the government’s alleged anti-workers and anti-people policy.

Notably, the Northeast along with the rest of the country was severely hit by the five days bank strike during the fag end of last year.

The nation-wide strike has been called by the Confederation of Central Government Employees (CCGE) and National Federation of Postal Employees (NFPE) on January 8 and 9 in support of the 23 charter of demand which includes scraping of New Pension Scheme (NPS).

Some of the charter of demands include implementation of all positive recommendations of Sri Kamiesh Chandra Committee report and grant Civil servant status to GDS, settle all problems arising out of the implementation of CSI and RICT, withdraw NPS and guarantee minimum pension 50 per cent of last pay drawn etc. 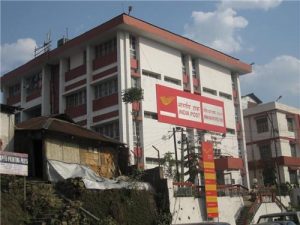 Nagaland postal employees extend support: The All India Postal Employee’s Union, Nagaland Division, along with the rest of the country has decided to participate in the two-day nationwide strike on January 8 and 9 next.

All public transactions in the post offices across Nagaland will remain closed during the two days of strike, a press release issued by Daniel Domeh, divisional secretary, AIPEU-P III, Nagaland Division informed on Saturday.

Chakka bandh in Assam: Meanwhile, the Joint Platform of Assam Motor Workers’ Union (JPAMWU) also announced a 48-hour chakka bandh on January 8 and 9 in Assam in support to the nationwide strike called by central trade unions and federations of the country.

The JPAMWU in a statement said that the protest will be held against the amendment of the Motor Vehicle Act and privatization of the transport sector.

The JPAMWU alleged that through the proposed Motor Vehicle (Amendment) Bill 2017, the government is making an attempt to privatize the whole transport sector of the country.

The union fears that if that happens, all transport sectors would be occupied by some companies like Ola and Uber in the future.