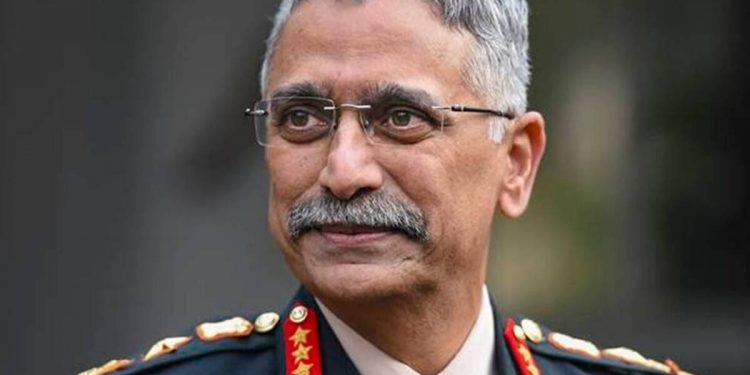 Indian Army chief Manoj Mukund Naravane on Friday acknowledged the role played by the Myanmar Army in helping curb insurgency in the Northeast.

Drawing a direct link between economic growth and development on the one hand and security on the other, Naravane said that there had been “encouraging improvement” in the internal security situation in the Northeast.

“Mizoram, Tripura, Meghalaya and large parts of Assam were practically free from insurgency with the level of violence significantly going down,” he said at a seminar in New Delhi.

“While relentless operations by the security forces and proactive government policies have laid the foundation, favourable external environment with Myanmar and Bangladesh have struck at the roots of the insurgent organizations,” Naravane said the seminar.

The seminar was organized by the New Delhi United Services Institute in collaboration with Assam Rifles.

“A series of operations under Operation Sunrise with Myanmar Army has witnessed growing cooperation and synergy between the soldiers on the ground with reasonable operational dividends,” Naravane said.

The Army chief’s remarks come at a time when thousands of pro-democracy protestors gathering in Myanmar to demand the reversal of the 1 February military coup that removed Aung San Suu Kyi from power.