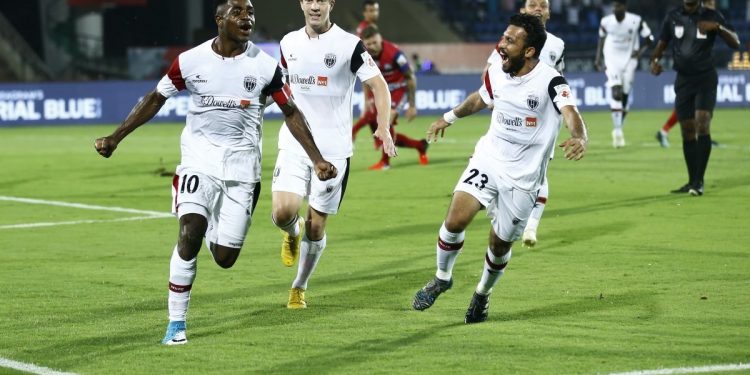 Hosts NorthEast United FC suffered their first defeat at home as they went down by a solitary goal in their ISL match against Mumbai City FC at the Indira Gandhi Athletic Stadium in Sarusajai on Friday.

Despite maintaining a better ball possession of 67 percentage against Mumbai’s 33, the Highlanders failed to win the game.

It didn’t take much long for Mumbai City FC to take the lead as Arnold Issoko found the back of the net early in the fourth minute.

NorthEast United had their share of chances but weren’t clinical in front of goal. Bartholomew Ogbeche missed a sitter in the 23rd minute when his header went inches wide of the post.

Juan Mascia, too, had an opportunity soon after that but he also headed it wide of the target.

Switching sides, Ogbeche charged forward from the left before opting for a pass to Mascia in the middle but Subhasish Bose did just enough to clear it out in the 48th minute. The cross had a little too much power on it for the forward to get to it first.