#Me Too Movement: Skeletons tumble out of celebrated Assam journalist Homen Borgohain’s cupboard 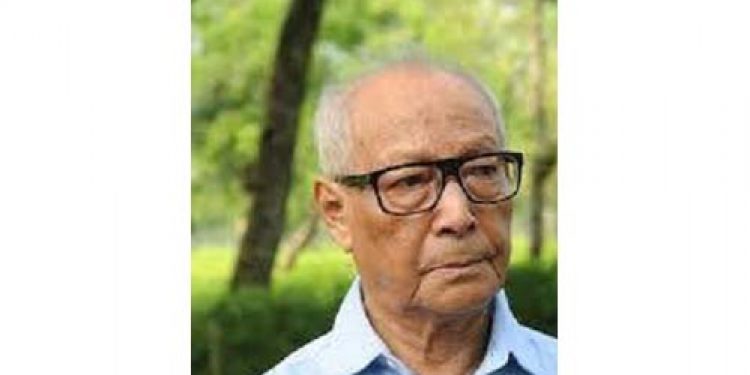 The #MeToo Movement is sweeping across the nation (read India). With the nation, skeletons are tumbling out from the cupboard slowly in Assam too.  Sabita Lahkar, a Guwahati-based journalist, has accused veteran journalist and celebrated writer of Assam Homen Borgohain of “sexually harassing” her when he was the Editor of Amar Asom, a leading Assamese daily published from GL Publications, Guwahati, and she the Chief Sub-Editor. The entire case dates back to the year 2000 and she has written a post about it on her Facebook page “recounting her harrowing experience” as recently as October 19 last.

Sabita took to social networking site Facebook to share her painful story of continuing to fight for justice since 2003 and also shared the various reports she had written to various authorities demanding justice. In the year 2000, when Homen Borgohain reportedly made the “first sexual advances” towards her, she complained to MK Goswami, the then Executive Editor of Amar Asom and also to the General Manager (GM) of the Assamese daily against Borgohain.

She was “assured” by the management that such “misconduct” will not happen again and Sabita was asked to report to the Executive Editor only for professional matters. Initially, Borgohain stopped harassing her but after Goswami left Amar Asom to join another daily, Homen Borgohain was reportedly back to his old habits and started “making sexual overtures” to her again. Not able to take sexual harassment at workplace any more, Sabita finally submitted her resignation letter to the management of Amar Asom. The management did not accept her resignation and reportedly asked her through a letter whether she was sure about wanting to quit.

She was at the end of her tether when Borgohain reportedly called Sabita to his residence and gave her “clear indication” that “she would be able to climb up the career ladder in lieu of sexual favour given to him”. Not being able to take it any more, Sabita exposed Borgohain in front of all the editorial staff members of the Assamese daily on September 4, 2003.

Thereafter, she wrote a letter to the National Human Rights Commission (NHRC) on November 22, 2003 wherein she mentioned that for three years she had to face “repeated sexual and professional harassment” from Homen Borgohain. Earlier, Sabita also organised a formal press conference in Guwahati Press Club on September 10, 2003, where she raised her demand for justice. She also had to resign from the newspaper after that.

The “harassed” journalist also sent letters to the Press Council of India and to the Editors’ Guild of India. A protest meeting was also organised in the Press Club auditorium on September 12, 2003 by the Journalists Action Committee and the Journalists Union of Assam (affiliated to the Indian Journalists Union) in association with the Assam Tribune Employees’ Union, the Assam Press Correspondents’ Union and the National Federation of Newspaper Employees, etc.

She also lodged an FIR on September 17, 2003 at Paltan Bazar Police Station in Guwahati against Borgohain (Case No: 321/17-09-03, Section 354/509 IPC). According to Sabita, following her complaints, “the Assam Human Rights Commission asked the management of Amar Asom to constitute a redressal committee in its office as per the landmark judgment of the Supreme Court of India on sexual harassment at the workplace (popularly known as the Vishaka case).”

She said that the management of the Amar Asom newspaper did constitute a redressal committee and called her to record her grievances. “However, the most amazing part was the fact that the same committee had never called the accused (Homen Borgohain)!” she stated in her letter to the NHRC.

“The police did not investigate the case properly and even they did not dare to call Homen Borgohain for interrogation as he was a celebrated writer,” Sabita wrote in her letter. Concluding, the Guwahati-based journalist stated that she has been waiting for justice since 2003 “and do not know how many more years I have to wait for the same”.

Repeated attempts by Northeast Now to contact  Borgohain on Saturday evening went in vain as his phone was switched off. Even when this reporter went to the office of Niyamiya Barta he was not there as well.  Presently Borgohain is chief editor of Niyamiya Barta.