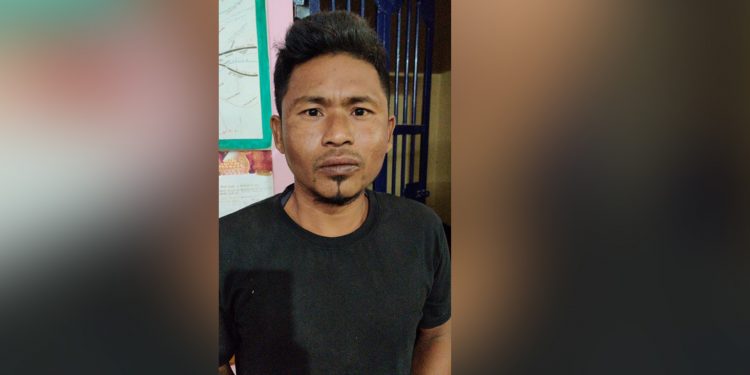 One hardcore Dimasa National Liberation Army (DNLA) cadre was nabbed at Monglumukh along Assam-Nagaland border in a joint operation carried out by the police and army.

The DNLA cadre has been identified as Maiham Diphusa and a .22 pistol along with five rounds of live ammunition were also recovered from him.

Police infomred that Diphusa was involved in the grenade throwing incident at Manja Bazar on October 3 on the shop of one Ajay Gupta, after the ransom amount demanded was not delivered.

DNLA is a new group that has been floated recently after the other prominent extremist groups have laid down their arms.

This news outfit is gradually making its presence felt in Karbi Anglong.