"I am ready to buy my food, but will the government allow me to step out of my house, breaking the mandatory 14-day home quarantine rule?" 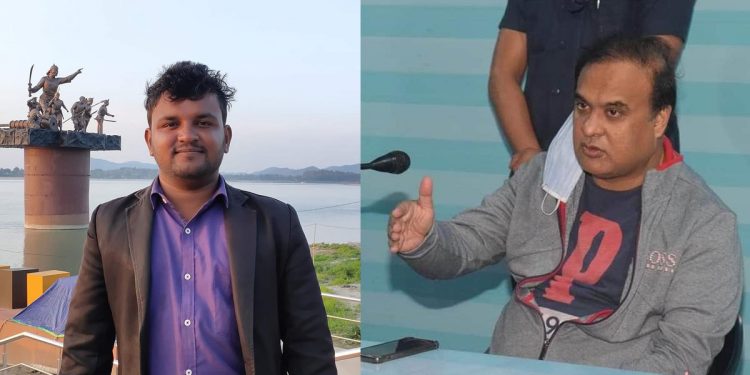 Yesterday, I had written my heart out regarding the non-supply of food and ration by the state health department and Kamrup (Metro) district administration during my home-quarantine period after I recovered from COVID-19.

After the news was published in Northeast Now, several people came forward to help me and provided me with the essential ration.

ALSO READ | I am a corona patient, please give me food

Here, however, let me make one thing clear and that is I hold no grudge against the state health department and the Kamrup (Metro) district administration for not providing me with the essential ration.

I am actually amused by the reaction of state health minister Himanta Biswa Sarma and his certain comments have immensely attracted my attention, increasing my curiosity.

Reacting to what I wrote yesterday, Himanta Biswa Sarma today said that” middle-class people should not ask for food and other ration while they are on home quarantine”.

Speaking to the media in Jorhat Medical College and Hospital earlier on the day, referring to my yesterday’s post, Sarma said, “Yesterday a journalist has said that he has not received any ration from the government after he recovered from COVID-19.”

“The entire medical treatment was done for free of cost and the patient was also provided with proper and nutritious food during his treatment. Even after so much, he is asking for free food?” Sarma further said.

Dear sir, yes, I am a middle-class person and I am certainly financially sound enough to buy my own food.

But since I am home quarantined, as per the government protocol I am not allowed to step out of my house and do my necessary shopping.

As the health minister said that middle-class people should buy their own ration, I am willing to buy mine but for that, I need the necessary permits so that I can step out of my house.

Dear sir, if middle-class families should buy their own ration while being in quarantine, then kindly issue proper notification and permits, so that no one outside questions us and charge us of breaking the law.

If I remember well, it was you a few days back, who said while addressing the media that COVID-recovered people. who are quarantined t home quarantine should not step out of their houses at any cost.

And today you are asking us to buy our own food and ration.

I am again saying sir, to follow what you have said, I will have to step out of my house and break all the protocol set by the government.

Sir, you have also announced to take strict legal actions against any person who flouted the home quarantine or containment zone protocols.

Now, what you said today means flouting of all the previously enacted rules and regulations and I am absolutely fine in breaking the same but what if people charge me outside and threatens me when they know I am a CORONA survivor and that I have not completed my mandatory 14-day home quarantine period after testing negative.

Will you come to my rescue then and answer the public on my behalf?

Dear sir, further you have compared COVID-19 with Japanese Encephalitis and said that if a JE patient after recovery is not provided food by the government then why should a COVID-19 patient be provided?

Sir, JE, as far as I know, is not contagious like COVID-19 and JE doesn’t spread from one person to another.

JE spreads due to mosquito bite and the most important question- is the area or the residence of a JE patient declared a containment zone?

Is a JE patient barred from stepping out of his residence, fearing that he might infect another?

Sir, I belong to a middle-class family and I can definitely purchase the required ration.

But if I should buy my own ration and should not ask the government for it, then I would like to know as to for whom was the May 21, 2020, order issued by the Assam health department in which it was said that free ration for 7-10 days would be provided to those people who have recovered from COVID-19 and are in 14-day mandatory home quarantine pot recovery?

The details of order copy are shown below. 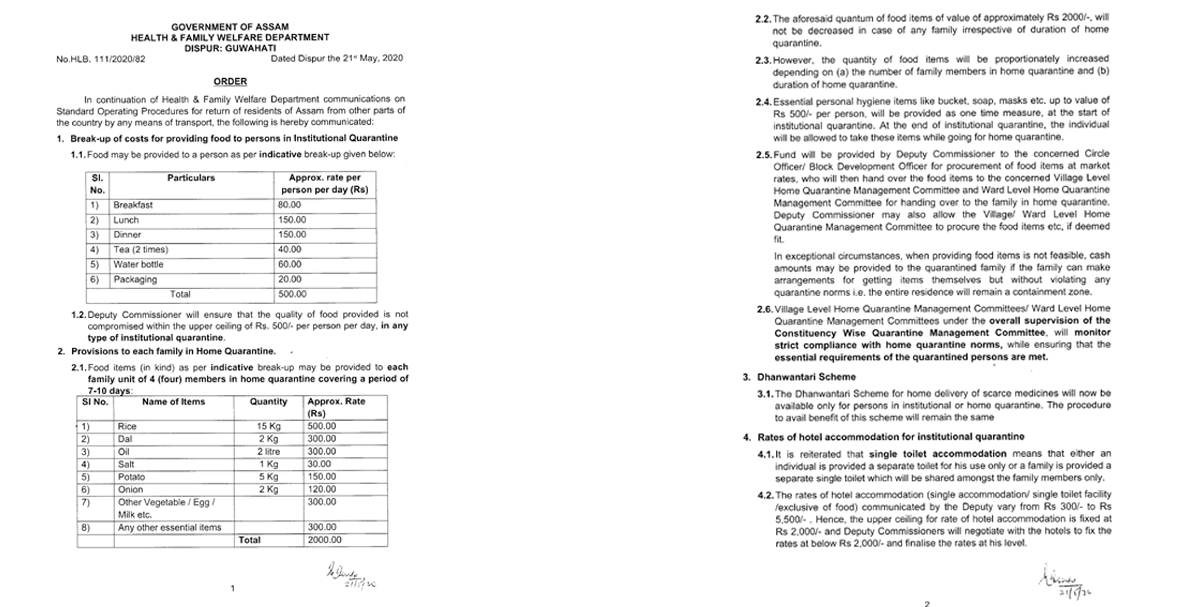 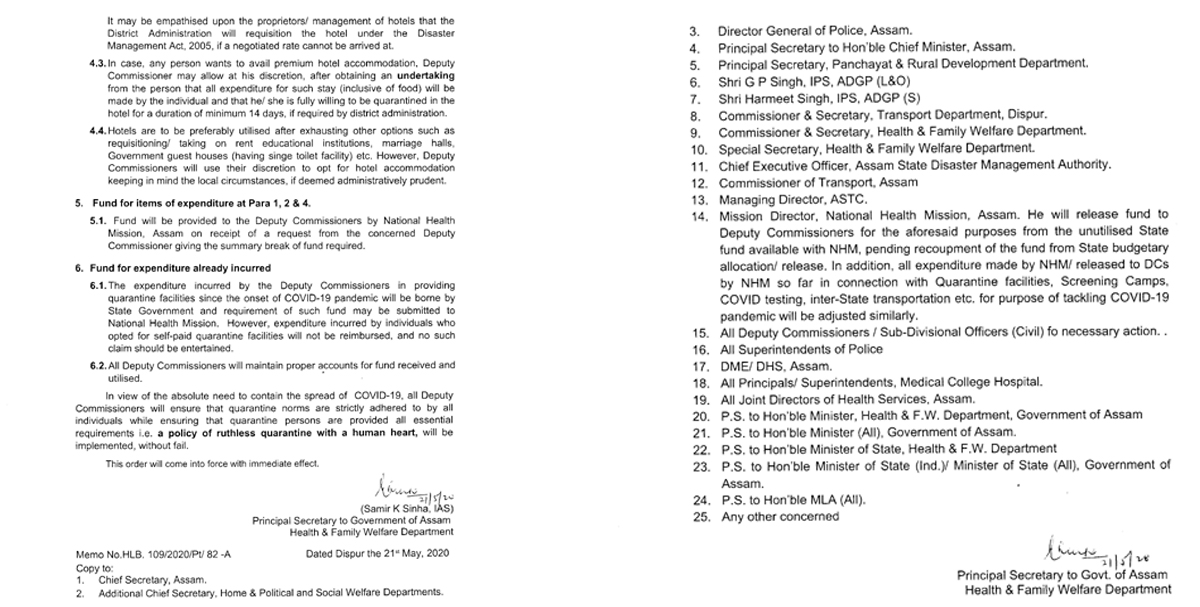