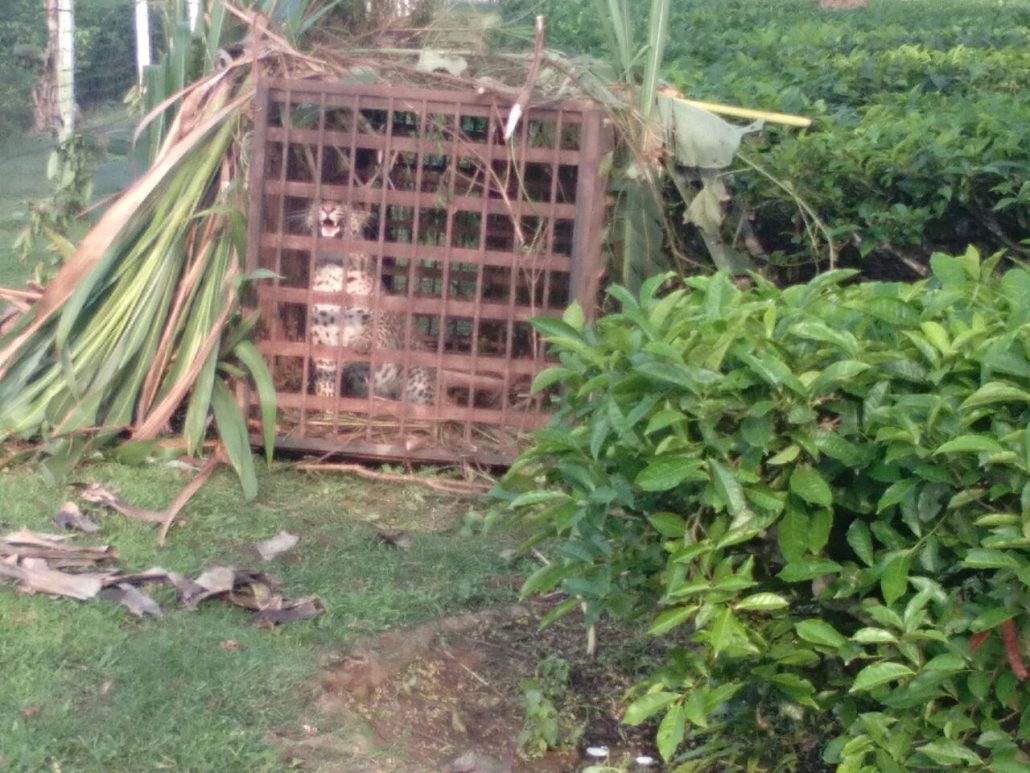 Big cats have been giving sleepless nights for the residents of Dimow in Sivasagar district of Assam for last many days.

A leopard that was unleashing a reign of terror at Athabari tea garden area on the outskirts of Dimow was finally caged on Wednesday morning.

The leopard fell into the trap laid by Forest Department officials in the area where the leopard was frequently spotted during the last couple of days.

Locals, both young and old flocked the scene as soon as the news of the leopard captured in the cage spread like wildfire.

Notably, the leopard was devouring on the livestock of the villages for the last few days.

Later, the Forest Department officials laid a trap after repeated complaints from the local residents.

The labour put in the Forest Department yielded positive results on Wednesday morning when the leopard was caught in the trap giving a big sigh of relief to the villagers.

However, the residents of Dhemesi Kochgaon near Dimow are still in the grip of terror from felines.

Big cats have been feasting on the livestock of the poor villagers as darkness descends every night.

On Wednesday morning, a tiger took away a cow from the cattle shed of a poor farmer family.

However, the Forest Department officials have not taken into account the hapless condition of these villagers.