If birth control was the sole means to restrict population growth, there was no need for the 6-years old Assam movement, says Hazarika 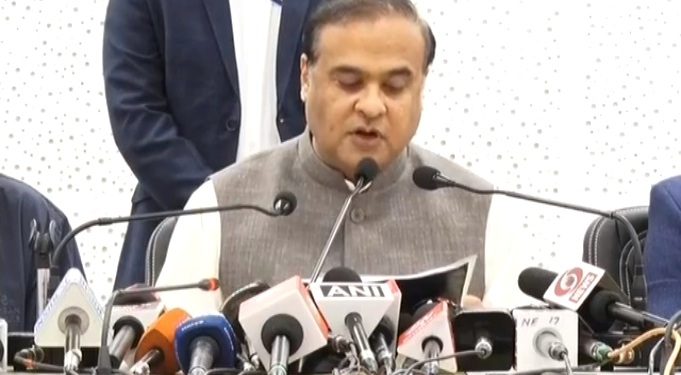 Senior advocate in the Supreme Court Upamanyu Hazarika has slammed Assam chief minister Himanta Biswa Sarma for his controversial statement on population control of the minority community in the state.

Coming down heavily on CM Sarma for ignoring the issue of illegal migration from Bangladesh, Hazarika said, “The chief minister said that eviction of encroachers belonging to this community would not resolve the issue of population explosion, the primary requirement being birth control. The chief minister‘s view suggests that migration and illegal infiltration from Bangladesh is not the primary cause for demographic changes, rather it is the lack of birth control measures,” said Hazarika.

Chief minister Sarma had recently asked the minority community in the state to go for “decent family planning” to stop the population explosion.

He said that such an explosion of the population may invite conflict.

“This statement coming at this point of time is very strange and contrary to facts. If birth control was the sole means to restrict population growth, there was no need for the 6-year-old Assam movement, NRC, etc. The statement is factually erroneous,” said Hazarika.

“It is relevant that the explanation trotted out by the chief minister is the same as given by late Tarun Gogoi in 2012 when he had stated that the demographic change in Assam is due to higher birth-rate among migrant Muslims and not due to infiltration.”

Hazarika also criticized Goswami for his remarks on the report of the Clause 6 committee of the Assam Accord.