Kudos to the people of Assam: Peacefully elections held

Assam comprises of all religions and people of the State speak many languages. 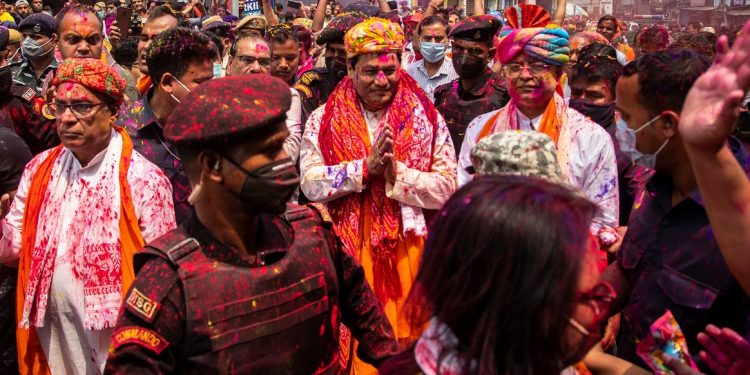 Against this backdrop in the neighbouring state of Assam virtually no violence took place (during or after) which is a lesson to the administrators of West Bengal.

Assam is a unique state with everywhere pristine beauty can be seen. Assam comprises of all religions and people of the State speak many languages.

While discussing about religions, it is pertinent to mention here that in addition to Hindu, Muslim, Christian, Sikh (even there are Assamese speaking Sikh), Buddhist, Jain and others, many people of Assam are great followers of Srimanta Sankardev who was a 15-16th century Assamese polymath: a saint-scholar, poet, and social-religious reformer.

Although the people speak various languages in Assam but Assamese is the main language and other languages widely spoken are Bengali, English, Hindi and many others.

The State looks even more pluralistic as 55 different languages are spoken in the State, as reported.

I had the opportunity to visit across the state of West Bengal few years ago (when I was in service as academician) and interacted many many “Bhadralok babus”.

Many of them spoke at a great height about Ramakrishna Paramahamsa, Gurudev Rabindranath Tagore, Sri Aurobindo, Kazi Nazrul Islam, Swami Vivekananda, Netaji Subhas Chandra Bose, and many others as they were from Bengal.

But for me I believe do not dwell in the past, live in the present and march towards the future. Anyway, any form of violence is highly deplorable and more deplorable is in the name of democracy it happened in West Bengal.

I feel such violence only helps few political leaders at the cost of innocent civilians and recent election in West Bengal is a glaring example.

Kudos to the people of Assam and administrators and others, as they have taught us how to conduct elections peacefully without any violence, in spite of so much diversity in the state of Assam.

If one would like to see a mini-India then visit to Assam is the best example.

And my request to the administrators of West Bengal please control the criminals with high hand, irrespective of caste or religion because I have observed in West Bengali people in general are peace loving and amicable in nature but in every society, criminals exist and these are devils so no mercy should be shown to them even for political benefit.