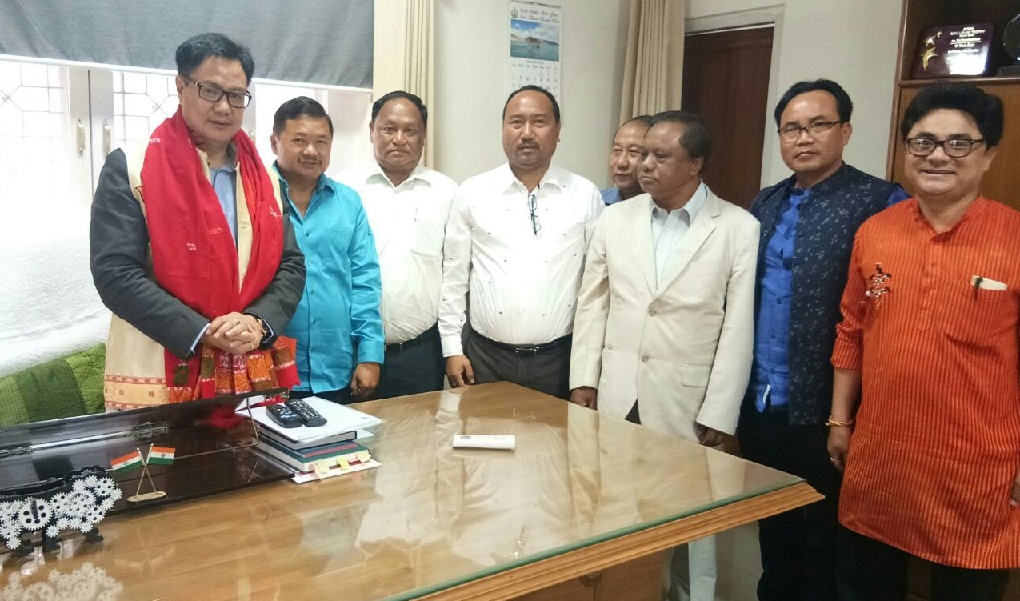 A Karbi Anglong Autonomous Council (KAAC) delegation, led by Chief Executive Member (CEM) Tuliram Ronghang, met Union Minister of State for Home Kiren Rijiju at New Delhi on Thursday and apprised him of the need for immediate implementation of the Memorandum of Settlement (MoS) in Karbi Anglong.

It may be mentioned here that on November 25, 2011, the now-disbanded armed organisation United People’s Democratic Solidarity (UPDS) signed an MoS with the Central government for development of the district.

Talking to Northeast Now, KAAC Chairman Horensing Bey, who was one of the signatories of the MoS, said, “We met Union Minister of State Home Kiren Rijiju to expedite the implementation of the MoS.”

“There are financial packages under the MoS for development of Karbing Anglong and we have apprised Union Minister Rijiju to expedite the process for implementation of the MoS.”