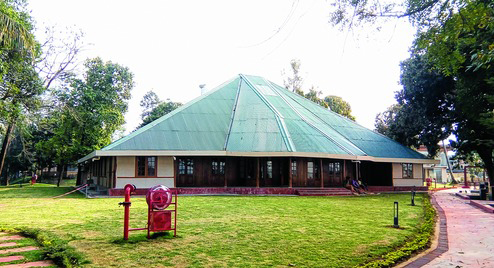 The Assam government is in the process of converting the Kamrup DC Bungalow into a heritage site making it a major tourist attraction for visitors of the city.

After renovation, it will house a library, play zone for children, art and craft zone, a small museum along with restaurant, amphitheatre, viewpoint for the Brahmaputra and walking zone and an exhibition-cum-watchtower.

GMDA, CEO, M. Angamuthu on Sunday said that they are planning to open it to the public in the first week of April. The site and the bungalow has been renovated and beautified at the cost of Rs 10 crore.

The renovation of the bunglow began in 2012, as part of the Guwahati Riverfront Development Project, of Guwahati Metropolitan Development Authority (GMDA).

It was built entirely of wood and had three spacious bedrooms, a dining hall, a small library and a large living room. Along with it four toilets, two storerooms and separate dressing rooms and fireplaces in the living rooms, bed rooms and the kitchen constituted the bungalow.

The history of the bungalow goes like this. Ahom general Lachit Barphukan had placed his cannons at the spot during the battle of Saraighat and it took its name from him, Borphukan Tilla. The British later constructed the Kamrup district DC’s Bungalow there, realizing its importance.

GMDA also appealed to the public to contribute any heritage artefacts.