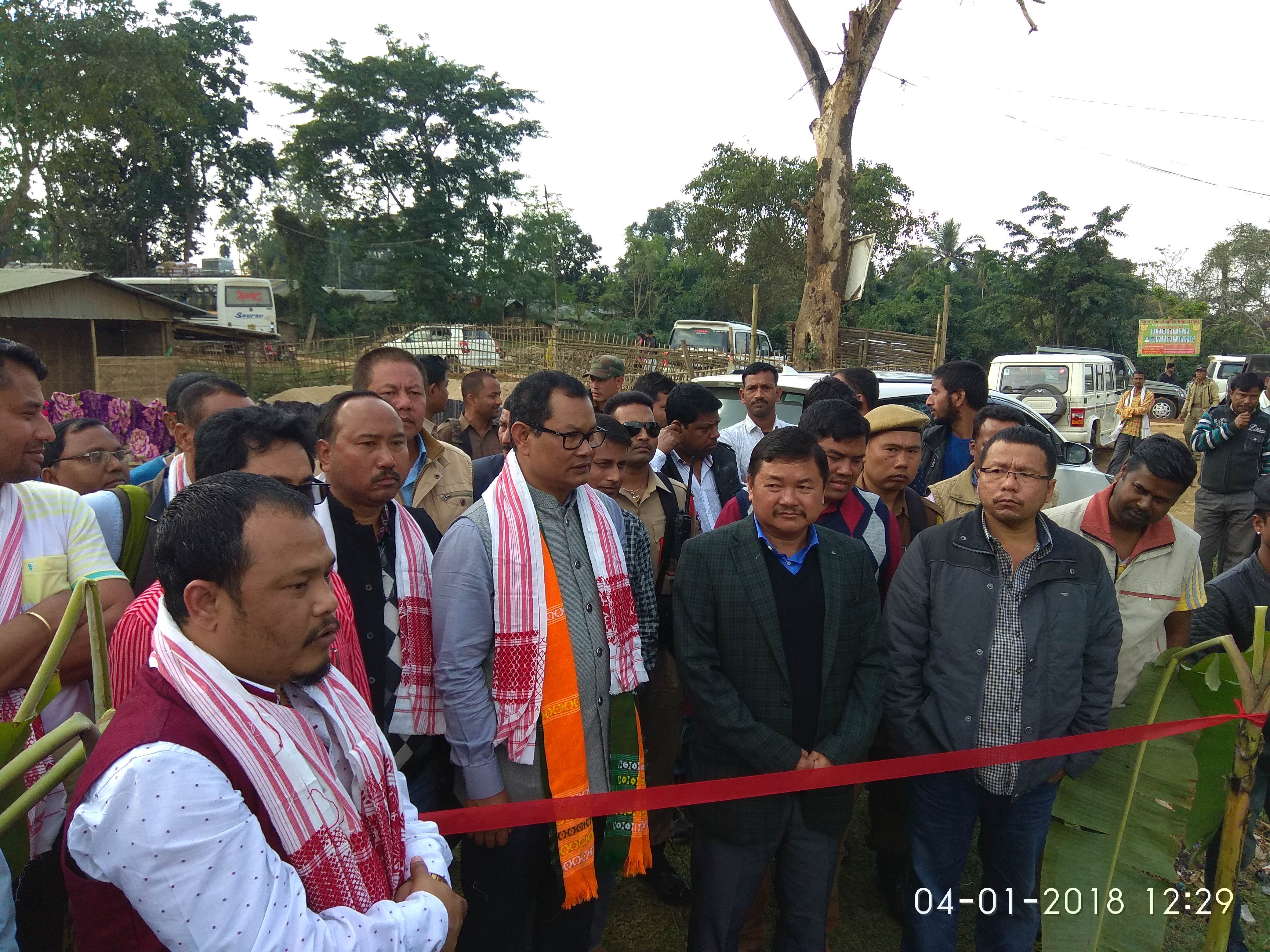 The CEM, on his way to Bokajan, laid the foundation stone of a 11 KM PWD road connecting Hidipi Bazaar to Lahorijan along Assam-Nagaland border under Borjan MAC constituency. The road is to be constructed at an estimated cost of Rs 5 crore.

The CEM also laid the foundation stone of three other PWD roads in Bokajan MAC constituency including a 2.1 KM paver block road linking Bokajan Town with NH 39, a 1.5 KM paver block road connecting Tinglijan to NH 39 and another 2 KM blacktopped road connecting Lahorijan Sunday Market with NH 39 along Assam-Nagaland inter-state border. The roads are to be constructed at an estimated cost of Rs 4.5 crore.

While briefing the mediapersons, CEM Ronghang appreciated the diligent efforts of EM Madhujya Dhekial Phukan for initiating the development projects for the welfare of the peoples in Bokajan. CEM Ronghang also vowed to work for the uplift of all tribes and races in the hill district.

The CEM also reiterated his stand on the Autonomous State issue by stating that the statehood demand is a legitimate right of the tribal peoples the district.

He also expressed his confidence on the BJP government that the government would provide a positive political solution to address the core issue of Autonomous State under Article 244(A) of the Indian constitution; considering the ethno-political dynamics of the hill district.