Jorhat gets cleanest city in the Northeast award 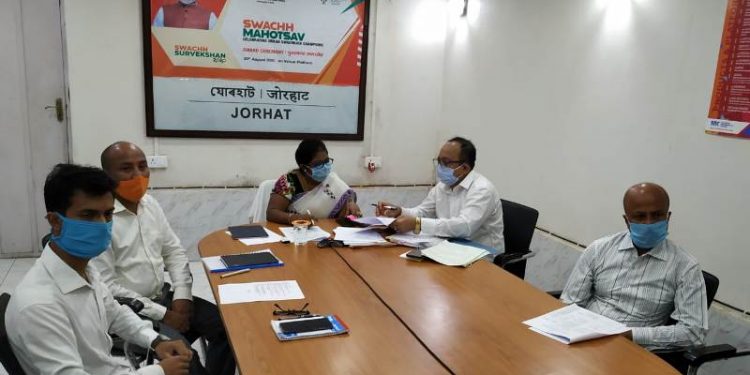 A district administration official said that the award had been conferred to deputy commissioner Roshni A Korati.

Jorhat has been conferred the Swachh Survekshan 2020 award for the cleanest city in the Northeast and the state under the Swachh Bharat Abhiyan.

A district administration official said that the award had been conferred to deputy commissioner Roshni A Korati virtually via NIC video conferencing by Minister of Housing and Urban Affairs (Independent) Hardeep Singh Puri on Thursday.

The official further said that the selection was from among urban areas which had a population between 50,000 to 1 lakh.

The population of Jorhat covered by the Jorhat Municipal Board as per the 2011 census was 71782.

“We congratulate Jorhat from Assam for being awarded 1st place in the “Cleanest City (Population between 50,000-1, 00,000) North-East Zone” category,” tweeted Swacch Bharat Urban.

The deputy commissioner has thanked members of the Jorhat Municipal Board, officials of the district administration and the people at large for their efforts and cooperation in keeping the city clean.

Under the 25, 000 to 50,000 population category, Mokukchung in Nagaland won cleanest city in the Northeast Zone award.

On the other hand, Jiribam in Manipur bagged cleanest city in the northeast zone in below 25,000 population category.