Is the government’s latest industrialization drive losing steam and direction in Assam?

In an economy, the government must take all necessary steps towards wellbeing of the interests of both industries as well as the people dependent on them. 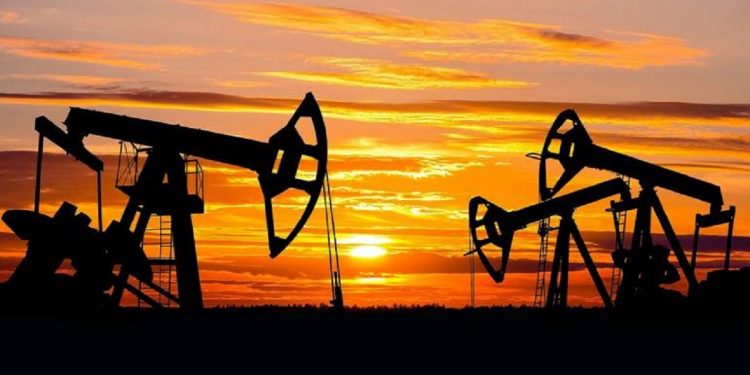 In an economy, the government must take all necessary steps towards wellbeing of the interests of both industries as well as the people dependent on them. It is of much more significance in a state like Assam for it being industrially backward.

I have noticed with great dismay the failure on the part of a sizeable number of the concerned people to understand the likely hazards in the state’s economy – may that be rapid rise in unemployment, price rises of the commodities of their use, impact of inflation, drastically inadequate and sometimes misdirected government actions towards economic upturn, and failure on the part of a number of industrial concerns to survive in rapidly growing competition with resultant closure of a number of such units giving rise to non-performing assets in financial institutions also making numbers of people jobless etc.

All those acts towards industrial backwardness of the state. In case of Assam, honestly speaking, any compromise on the issue of industrialization including failure to diagnose the real problems and apply the proper remedial actions, is likely to bring about further backwardness in the industrial sector impairing the state’s economy.

Time and again, in so many of my already published articles, I have categorically mentioned that one of the most cardinal problems of most of the business units in Assam, is very low productivity of the human resources.

The private sector units with favourable fundamentals like Star Cement, and Dalmia Cement etc. may be examples of a few cases of exception because they must perform to stay afloat and the government will not come to save them in their distress.

Acting towards ensuring favourable positions of different relevant ratios and variances is a far cry, even to start with, identification of the real problems the government seems to fall short of, is what I have noticed.

It has been learnt that the government has identified that tariff increase is indispensable for saving its power generating and power distributing companies from further financial stranglehold.

Frankly speaking it is not at all convincing for me especially when in the long list of the defaulters, I have found that most of the big amounts are due from various government departments.

The exercise will be a great job indeed for effective decisions in respect of functioning of the concerned companies.

Whatever may be the type of an industrial concern, the basic principles of management applicable remain the same in respect of all the industrial concerns. Hence, my cited example of inefficiency in any organization is a representation only of the inefficient industrial units in Assam.

My repeated appeals for industrial turnaround in Assam is in view of bringing about economic progress ensuring alleviation of undue suffering of the common people.

Appreciably the government, in the above-mentioned case, is coming down heavily on the individual defaulters, but what about the government departments responsible for mega outstanding amounts?

Had those departments duly paid the amounts due from them, what would have been the liquidity positions of the companies? Can I get the answer?

At the same time, if the government does not support the companies in getting rid of that problem of tapering of liquidity inflow, I am not having any doubt that this process of increasing power tariff at regular intervals to growingly more piercing financial distress of the individual consumers, will go on at regular intervals without any break and in addition, the law-abiding consumers should have every reason to consider that they have to pay price for mismanagements in the companies getting connivance and indulgence in the growth of mismanagements. If we enter into the territory of ratio analysis, functioning of all the departments will come to the light and while I am too sure that most of the results will be very upsetting, the government must ensure such analysis for the sake of doing justice to all the stakeholders apprising them of where the shoe pinches.

The modern management throws challenges for the professionals to fight for thriving in growing competition. For example, Rattanindia Power, amidst keen competition in the power sector, even though experienced very rough weather impairing its fundamentals, accepted the challenges with a great turnaround in the quarter December,2020 to March,2021 and resultantly its market capitalization has also started showing a positive change conspicuously even though the company is yet to come out of the woods.

Yes, some of them also sustained losses but they take remedial measures for early recovery. But for that, identification of problems and appropriate actions for solving those problems are required, which we do not find in case of almost all of our state government’s endeavours and resultantly the problems disappear very temporarily in response to ad-hoc measures with reemergence of the problems in bigger scale in future.

Indispensability of such attitudinal change on the part of the state government is the cornerstone for setting the trend of industrial progress in motion in the state and so long that reality is not put into practice, I shall take a stance away from expecting a satisfactory industrial progress encompassing invariably the state PSUs.

However, no less responsibility is lying on the shoulders of the managements of the private sector enterprises to show achievement of the desired level of efficiency instead of finding faults with the governments always.

Because, too much spoon-feeding by the government without getting the desired results, is also very detrimental to an economy.

Different functional achievements determine the health of an enterprise. Again a position which may be ideal for one company may not be ideal for another company manufacturing a different product.

Industrialization is a domain of professionals only to function in the managements now-a-days. Different parameters in functioning as I have enumerated in brief herein-above, are the outlook for most efficient results. In competition, only performances count.

In almost all of my already published articles regarding the economy of Assam, I have squarely emphasized on the necessity of the growing magnitude of professional requirements in all the spheres of industrialization with perception of ideas through thorough SWOT analysis.

Doing away with the weaknesses and the threats as much as possible and as early as possible is another challenge that must be appropriately adhered to.

I have already expressed my great fear that inefficiency of the PSUs will invite the private sector to make entry. In the markets where competition is allowed, it is absolutely inevitable.

If because of the private sector’s operation, people of the state get electricity supply at a reduced rate per unit, why should we not welcome that? If we go on turning a blind eye to the real happenings and are not sincere in finding out the pertinent and most appropriate solutions, to me, the private sector’s entry will be a matter of time only.

That holds good in case of every PSU in the state. The main reason of my citing the above parameters for evaluating efficiency is that the said parameters of efficiency evaluation is applicable to each and every industrial concern with only difference of most desired positions varying from one concern to another like a quick ratio of 1:2 may be very ideal for an industrial concern whereas for another industrial concern the most ideal quick ratio may be 2:3 instead and such variances arise according to situations also wherein the concerns may have their business operation like already available sufficient raw materials not necessitating any immediate purchase, heavy pile of inventories in the market, and heavy anticipated demands for output in the immediate future etc.

No place is saturated with only strengths and opportunities. For example, if chemicals manufacturing companies of international repute like UPL Limited with factories in Karnataka and Telengana, Coromandel International Ltd. with factories in Tamil Nadu, Andhra Pradesh, Maharashtra, Gujarat and J&K and Tata Chemicals with its factories in Gujarat, Tamil Nadu and Andhra Pradesh, can grow there with ample contribution to earnings through exports, why does Assam lag behind?

Is it that only those states are blessed with the necessary inputs; Assam is not? While the Assam market not to speak of the markets of the other northeast states, is flooded with the textile products of the companies like Arvind Ltd., Welspun India, and Garden Silk Mills Ltd. etc. of Gujarat, most pathetically we are living in a drought season of our textile units in Assam.

These are only two of the numerous glaring examples of pathetic industrial scenario of Assam under the nose of all of us with nicely presented government commitments for industrial progress in the state of Assam.

If we make a SWOT analysis in respect of chemicals manufacturing plants in those states and textile manufacturing companies in Gujarat, we shall find numbers of weaknesses and threats there also but those impediments have been substantially overcome and their international presence has been established.

Having seen much enthusiasm on the part of the new government in Assam for industrial progress, I was really happy at that time and that I expressed through your esteemed e-paper also. But what I have observed is not only that enthusiasm has started losing steam but has started deviating from the appropriate tracks also.

Of course, whatever may be the claims of the government regarding industrial progress, the achievements according to all the parameters, only few of which have been mentioned herein-above, will determine the levels of functional efficiency of the industrial concerns.

It is absolutely high time in our state’s economy to delve into such thorough analysis of performances to get inefficiency exposed on one hand with identification of those responsible for such inefficiency on the other hand.

In case the government discharges its duties and responsibilities properly with desired efficiency, not only that the private sector concerns will not have any scope of complaint against the government, we can also expect a turnaround of the state PSUs.

Needless to say, the performances of the state PSUs will imply a lot about the level of effectiveness of the government’s endeavour.

Already there is news in the media that some of the tea gardens are all set for their dislodgement from the present owners – undoubtedly the reasons must have been economic. People’s growing claim for reviving operation of the HPC Mills is really having reasonable, logical and justified ground, but that the government can pull up the socks for reviving them, seems to be not on the cards.

Nothing thereafter, I have heard about government initiatives for reviving the sick PSUs and that in near future I shall find initiation of steps for their revival by the government, is not within my optimistic vision.

That the private sector MSMEs will be able to get their grievances redressed substantially is not in sight whereas I have mentioned so many times that availability of affordable loans to the MSMEs cannot do much help to change their fundamentals positively. Rather, those loans, if cannot ensure further generation of revenue offsetting the loans with the interest thereon, may be a beast of burden instead, for them creating at the same time further aggravation of the NPAs of the financial institutions.

True, the current situation is still stumbling across the efforts for substantial business progress, but yet, I urge upon the suffering MSMEs to accelerate their own efforts also towards the path of progress.

If the government fails to ensure industrial progress in the state on priority basis, I am quite sure that the situation will lead to increase in pain to the state’s economy rapidly.