Intensity of artificial floods in Guwahati has decreased: Siddhartha Bhattacharya 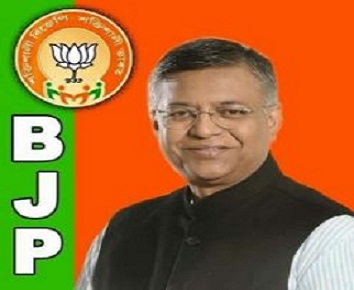 Education Minister and legislator of East Guwahati assembly seat Siddhartha Bhattacharya, while releasing his performance booklet for 2017-18, said on Friday that the intensity of artificial floods in the city has gone down significantly in the last two years.

“If you ask me what is my achievement as an MLA in the last two years, I will say we have been successful in bringing down the problem of artificial flooding significantly. This is possible only because of the cooperation of different departments in keeping the drains free of congestion. We had several spells of heavy downpours, yet all the rain water was drained out smoothly,” Bhattacharya said, further adding that there has been no problem of serious waterlogging despite heavy monsoon rains this year.

BJP president Ranjeet Kumar Das said the party has asked all its legislators to come out with booklets of their performance within July 30, reports TOI.

BJP leaders have said these performance booklets, which will be made public, will be used as a tool for the party to reach out to the electorate ahead of the Lok sabha polls next year. “This decision was taken in our executive meeting. The aim is to make the performance of our legislators transparent and also keep the public informed about it,” Dass said, adding that the BJP-led government in the state is committed to fulfilling its promises of development.