Pre-paid electric meters were first launched in Jorhat in 2016 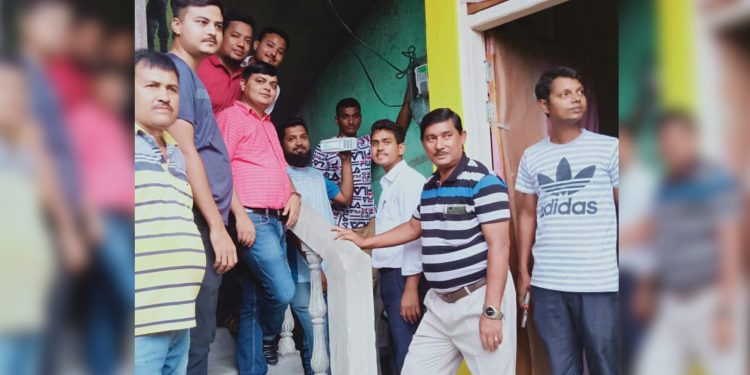 The Assam Power Distribution Corporation Limited (APDCL) from Thursday has begun the installation of pre-paid electric metres in Goalpara and Mankachar – South Salmara districts of Assam.

The metres have been installed under the central government’ Integrated Power Development Scheme (IPDS).

The government has provided thirty single-phase free electric metres in the initial stage to be distributed for the municipal or urban areas.

The first metre was installed on Thursday at the Nayapara residence of one Mokibur Rahman who is also associated with the company.

“We have installed successfully two metres, first at Nayapara and second at Bihu field on of the town on Friday,” said CP Sarma, Assistant General Manager (AGM).

“We are also looking forward to installing in thousand other houses of Goalpara and Mankachar-Hatsingimari districts in the coming days,” Sarma added.

Talking about the benefits of the pre-paid electric metres, Sarma said, “During the use, most of our consumers are not aware of the electricity consumption. As a result excess electricity is used by people.”

“This is a personal as well as the national loss. This new device will make consumers conscious and help in saving hard-earned money and energy,” informed Sarma.

Though the IPDS is launched in the town areas, if the feedback is positive then there are chances that the scheme will slowly cover the rural areas as well.

Presently, there are 2.40 lakh consumers under the Goalpara division of Goalpara and Mankachar South Salmara districts.

The pre-paid electric meters were first launched in Jorhat in 2016 on an experimental basis.