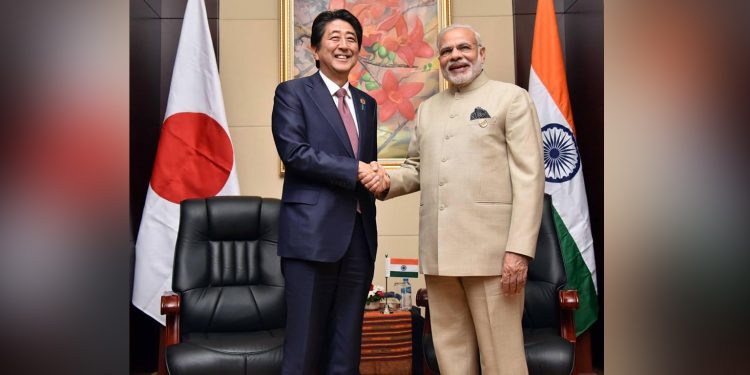 Ministry of External Affairs Spokesperson Raveesh Kumar on Thursday said that the dates of the Indo-Japan summit, which was postponed last month due to violent protests against the Citizenship Amendment Act (CAA) 2019 in Assam, will be finalized ‘very soon’.

“We are in touch with the Japanese side through diplomatic channels. We do hope that very soon we will come to the finalization of the date,” he added.

On being asked whether the Indo-Japan summit will be held this year, Kumar said that every matter regarding the summit is under discussion with the Japanese side.

It may be mentioned that scheduled visit of Japanese Prime Minister Shinzo Abe to Guwahati had been postponed on December 13 due to the violent protest against CAA.

“Both sides have decided to defer the visit to a mutually convenient date in the near future,” Kumar had tweeted after the Indo-Japan summit had been postponed.

Moreover, the Japanese government had also conveyed to the Indian government that it would not be possible for Abe to travel to Guwahati in view of large-scale protests in the northeastern region.

Not just Abe, reportedly Bangladesh foreign minister AK Abdul Momen and home Minister also called off their visits to India in the midst of the agitations.

Assa , which was scheduled to have a trade summit with Japan for the first time,  was expecting huge investment from the foreign country  after the summit.