An integrated terminal building is planned at Dibrugarh airport 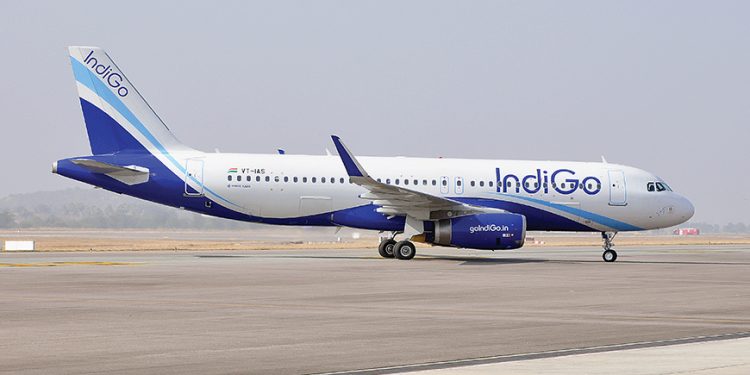 Dibrugarh is going to be connected by a direct flight to and from the southern destination of Bengaluru four days a week by the Indigo airlines from March 1.

Disclosing this, Hemanta Kumar Roy, the manager of the airline stationed at Dibrugarh, said Indigo airlines flight 6E 6126 will take off from Bengaluru at 8:15 AM on Mondays, Wednesdays, Fridays and Saturdays to land at Dibrugarh at 11:15 AM.

The Airports Authority of India has taken up massive expansion and up-gradation projects for Dibrugarh airport to be executed in the next couple of years, said S. K. Garg, director of the Dibrugarh airport.

Regarding diversion of the road, which is presently dividing the existing and the extended portions of the runway, construction of a new road around the acquired land for the runway expansion project is currently underway and that the required portion of the road for completing the project is going to be made available to the AAI authorities at Dibrugarh very soon.

The remaining part of work on the project is expected to be completed by next year, said Garg.

The runway at the airport was necessitated to be extended from the present 6000 feet to 7500 feet to enable Airbus 320 type aircraft to land at and take off from the airport without having to sacrifice load penalty.

The airport is also going to be connected to the newly opened Dibrugarh – Tinsukia bypass road via a 1.3 km straight road.

This road will increase the accessibility of the airport and reduce the time of travel to the airport by the passengers.

An integrated terminal building in addition to the existing 250 arrivals plus 250 departure PAX capacity 10,000 metre square terminal building is planned and the Airports Authority of India has placed a request before the Assam government for acquisition of 70 acres of land for constructing the same.

In order to cope with the growing volume of aircraft and passenger movements at Dibrugarh airport, a third aerobridge is also being added to the airport terminal.

The airport director also informed that on an average 2000 incoming and outgoing passengers are using the airport on a daily basis at present and the movement of cargo through the airport is around 130 tonnes per month.

To tap the business potential of cargo movement through Dibrugarh airport, the old terminal building at the airport is being renovated to be used as a cargo terminal.

In addition, a hanger to house an Airbus 321 type aircraft is also coming up at the airport. Aircrafts arriving in the evening and departing in the morning will be facilitated by the hanger.