A view of crowded Indian airport

At a time when a section of dismal pessimists refusing to acknowledge the progressive strides made by our country coupled with the disheartening scenario of the Indian currency galloping downhill, worrying indications of price of patrol reaching century milestone faster than that of Virat Kohli’s, lowering and downward trend of GDP, any attempt to project and showcase the country’s progress will be dubbed as ‘rubbish’ by these arm-chair critics.

Before venturing to write further, I assure such compatriots that I too share their concern at sky-rocketing inflation,   decline of GDP, disturbing spurt of mob-lynching activities  fuelled by sudden rise of religious and inexplicable superstitious beliefs . 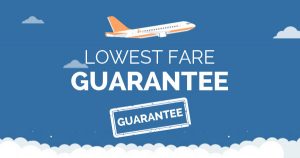 Even a superficial glance familiarizes us at the burgeoning growth of vehicle population especially during the last four decades.

Records reveal that in the year 2015, vehicle population had shot up to gigantic 210 million that stood at 55 million in the year 2001.

No other Asian country except China can boast of such astounding growth!

As per the latest figures from the Central Government, the number of motor vehicles registered in Assam stood at 15.82 lakh in 2011 as against 13.83 lakh in 2010, showing a growth of almost 14.4 per cent.

This data has emerged in the `Statistical Year Book, India 2013’ released by the Ministry of Statistics and Programme Implementation in New Delhi.

Report of the Economics and Statistics department of Assam indicates that there has been a staggering increase of 186 per cent vehicle population in the last three decades! 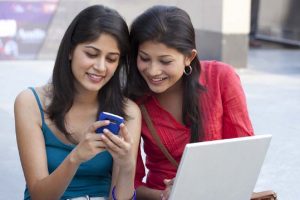 Galloping  number of vehicles prove poignantly  steady  amelioration of economic status of general run of people,  highlight better standard of living and luxurious lifestyle, improvement in purchasing capacity, and rise in monthly and yearly income enabling  the ‘hoi-polloi’ to save from their earning after meeting mandatory day to day requirements.

It needs no reiteration that buying luxurious items like cars etc is done after meeting the bare human requirement of ‘food, shelter and clothing’.

One feels that these emerging trends should silence the habitual critics crying horse about the lack of progress and development of the state and country!

It is revealed from the Census Data of 2011 that a whopping 63.2 per cent houses in India use telephone out of which 13,12,40,499 houses in India have mobile phone connectivity.

In Assam, out of 6367295 houses surveyed, 3049934 households have telephones. Interestingly, as per this authentic national data reflects that percentage of telephone users in Assam is proportionately higher than states like West Bengal, Odisha, and a few of neighbouring north-eastern states.

Such rapid growth and popularity of telephones besides indicating general improvement of financial health of the country also highlights strengthening the existing communication mode to a higher level. 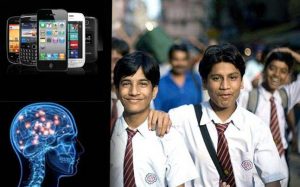 According to the opinion of a large section of economists, 70 per cent mobile penetration among the Indian masses has resulted in the transformation from informal economy to formal economy.

Old timers will remember as to how trunk calls booked used   to keep the callers tantalizingly glued to the telephones. The cell phone has resulted in giving farewell to the post cards, inland letters etc.

Short Message Servicing (SMS) on cell phones has brought about a revolutionary change in the world of expeditious dissemination of information.

People are virtually living their lives on the mobile. It’s truly an integral part of life.

Further, Guwahati’s Lokapriya Gopinath Bordoloi International Airport (LGBIA) has reported a growth of 31 per cent in passenger movement in the year 2017 in comparison to 2016 according to data from the Airports Authority of India (AAI).

Elaborating further, Guwahati airport serving the Northeast has handled 34.5 lakh passengers in 2016 that went up to  45.3 lakh in 2017.

Laudable step taken by the Union Government of taking the ‘great leap’ towards adopting ‘open skies policy’ in 1991, the civil aviation scene in India has undergone a total transformation.

Low budget airlines, as they are called, introduced from 2003 onwards have been responsible for making millions   translate eternal human dream of travelling by air.

General standard of living has indeed improved substantially.    All the human indexes that determine the progress of a country look rosy.

The habitual critics have a lot to lament. But, when I find an ordinary fish seller responds to a phone call and delivers fish at home urgently driving his scooty, I feel proud as an Indian at the overall betterment of economic health.

It’s my prerogative to look at the brighter side being fully aware of the immortal lines,

‘The woods are lovely, dark and deep,

But, I have promises to keep.

And miles to go before I sleep’.

Enhancement of users of cellular communication facilities, increase of air traffic together with galloping sale of vehicles indicate loud and clear vibrant financial condition of the state and country.

Ganguly is a retired ACS officer and sports enthusiast. He can be reached at: [email protected]