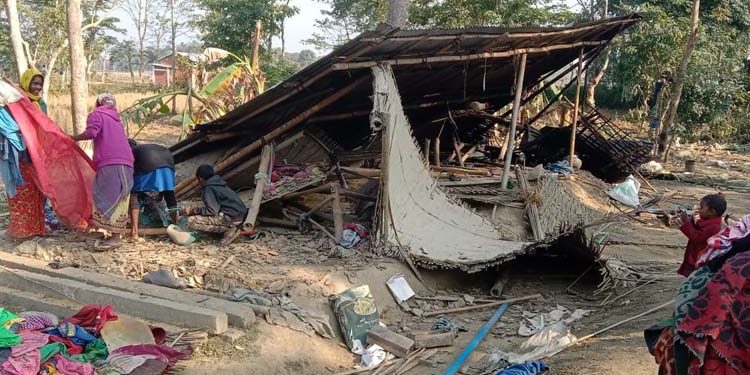 As dusk falls in Bormohori Pathar – a village in Assam – an unusual daily migration begins.

After finishing their evening meals, all 40 families there climb up ladders next to their houses to reach shelters on bamboo platforms called tongi ghar. They will spend the night there, 25-30 feet above the ground.

It’s a journey the villagers would rather not make. But it is one that keeps them safe from wild elephants — or “Baba” as the villagers respectfully call them despite the havoc they wreak.

The village in Golaghat district is near the Numaligarh Tea Estate and about 10 kilometres from National Highway 39. During the day, elephants take refuge in nearby tea gardens. But as darkness falls, they enter the village in search of food, often destroying homes in the process.

“We have built and rebuilt our houses many times,” says a local woman called Bina. “These days, we take our provisions with us when we retire for the night to the tongi ghar.”

“They are constantly on the move looking for food in our fields, gardens and kitchens. We passed many sleepless nights before. Then this tongi ghar idea struck. We started building them to secure our families from the elephants’ nightly rampages.” 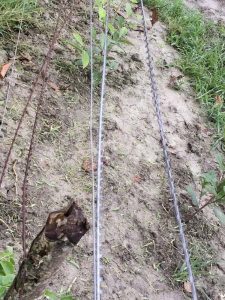 The villagers have good reason to be fearful. Around 22 km away, on June 14, wild elephants fatally trampled Rita Tanti (38) and her 8-year-old son Rupam at their home in the Bogidhala Tea Estate, under Numaligarh Police Station area. That night, the same elephant herd also left 22 families homeless after they ransacked homes in nearby Doigrung, Letekujan, Madhabpur and Sundarpur tea estates.

Altogether, elephants have killed seven people in the past two years in the greater Numaligarh area.

It is cases like these that make Assam the global hotspot for human-elephant conflict. Across the state, elephants killed at least 875 people between 2010 and 2020 while 825 elephants lost their lives, according to Assam Forest Department sources.

The cause of this conflict is the rapid loss of elephant habitat.

It is forcing elephants into human spaces, disrupting their migration, and exposing them to new threats. With conflict rising, some experts fear it will only end with the elephants’ annihilation.

Of the roughly 100 elephants killed in India each year in retaliation for harm they cause to human life and property, most are in Assam. In recent years, human-elephant conflict has spread to 22 of the state’s 33 districts.

Most of the incidents have been reported from three districts that border other Indian states — Sonitpur, Golaghat, Goalpara and from Udalguri district, bordering Bhutan.

Udalguri district is home to nearly 10% of the world’s Asian elephants (Elephas maximus), including 40% of elephants in India.

But, as elsewhere in Assam, the species has lost vital habitat including corridors connecting different forests. Data from the Assam Forest Department shows, 50%of the area of Reserved Forests on the district’s borders with Bhutan and Arunachal Pradesh have been cleared for tea-growing and other uses. 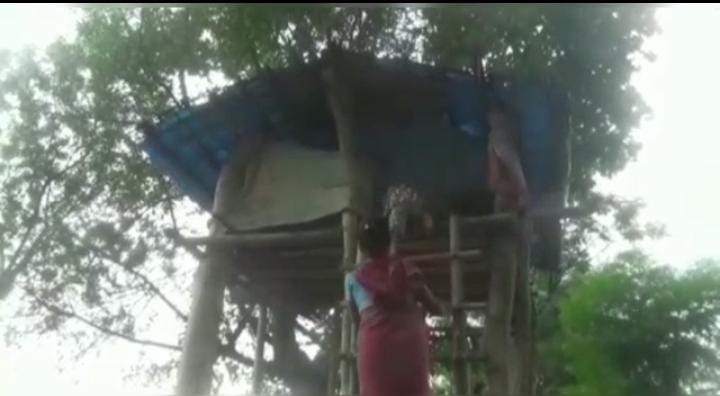 Rapid deforestation and human use of wildlife habitats increasingly brings people and elephants face to face. Fear and insecurity on both sides lead to mutual intolerance and often deadly outcomes.

According to Assam Forest Department officials, media reports and local organizations, from 2001 to 2020, around 345 people and 206 elephants were killed in Udalguri district alone.

Dr Abhijit Rabha, Principal Chief Conservator of Forests serving in the Karbi Anglong district of Assam, points out that elephants are far-ranging animals that depend on being able to find water, seasonally-available foods and quiet, secure places.

But with large stretches of elephants’ habitat cleared and many of their traditional routes now inhabited by people, the elephants are finding this increasingly difficult.

Dr Padmeshwar Gogoi, a retired professor of Botany at Debraj Roy College, who has also studied wild elephants over many years, explains –  elephant herds have traditionally been crossing Assam on long journeys between Myanmar and Bhutan, pausing in what is now Kaziranga National Park and crossing over sandbars in the Brahmaputra River on their way.

But now, says Gogoi, elephants on that journey face many barriers in the form of tea gardens, illegal stone mining operations, industrial and infrastructure projects, and the expansion of settlements in forest land and elephant corridors.

“More than half of the elephant habitat in the northeastern region has been lost since 1950,” says a forest official, who asked to remain anonymous. A case in point is Telgaram, a semi-urban part of Numaligarh in Golaghat district that is on the traditional route elephants travel between Kaziranga and Karbi Anglong district.

Telgaram’s expansion, together with new settlements and the growth of small tea gardens in and around nearby Numaligarh have increased human-elephant confrontations.

In the 1990s, for example, Numaligarh Refinery Limited cleared vast tracts of forest land near Telgaram to make way for its oil refinery.

The company also built a two-kilometre-long boundary wall inside the Deopahar Forest. This huge barrier prevents elephants from following their historical routes. Consequently, the animals frequently raid crops in nearby areas such as Doigrung, Morongi, Falangani, Bokial and Kalioni.

Proximity to people exposes elephants to many threats.

In the past two decades, hundreds of wild elephants have died due to poisoning, poaching, electrocution from contact with electric fences and sagging high-voltage power lines, drowning in floods, and falling in pits of tea gardens and industrial structures.

The Wildlife Trust of India says 25% of Assam’s elephant corridors have railway lines passing through them. Infrastructure development in and near these corridors forces elephants to cross railway tracks where many are hit by trains.

Elephants also succumb to septicaemia after being shot or wounding themselves on razor-wire fences in and around farmland, particularly tea plantations. 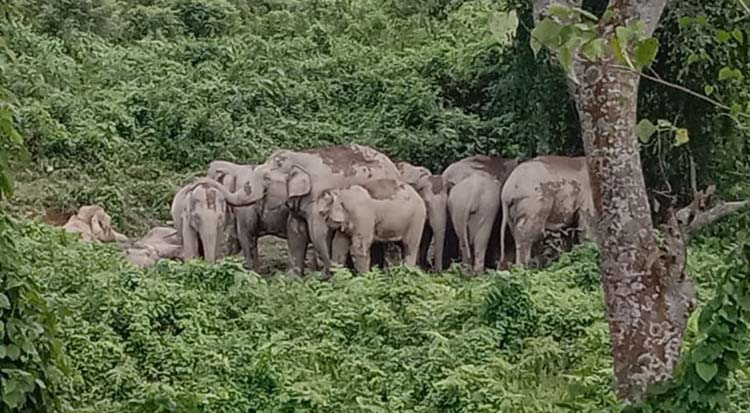 Constantly suffering wounds and obstructions, elephants are irked at the slightest provocation. Habitat loss also brings longer-term, invisible risks to elephants by limiting genetic exchange among population.s. Anupam Sarmah, an elephant expert from Sonitpur district, says this makes it vital to monitor the genetic health of elephant populations and maintain corridors that the animals can use to travel safely between patches of habitat.

“If we cannot maintain the connectivity at the larger landscape level, the question of inbreeding will definitely come, tomorrow if not today,” says Sarmah.

Professor Gogoi agrees that this is a risk. He says if inbreeding results from habitat loss and fragmentation of elephant populations, it “would certainly spell doom” for the animals.

Protection in name only

Annual floods and resulting land erosion in the Brahmaputra Valley compound the problems facing elephants in two ways. They not only degrade elephant habitat in national parks and wildlife sanctuaries but also make hundreds of families homeless each year, leading to more settlements in these protected forested areas.

Part of the problem is that protection on paper is not reflected in practice. Assam’s government says that close to one-fifth of the state’s reserved forests — a staggering 3,396 square km — have been encroached upon.

National parks and wildlife sanctuaries have also suffered extensively with 159.7 sq km out of a total of 4,360 sq km under illegal occupation.

But the government has approved many projects in them — from oil rigs to and solar power projects to industrial parks and an army firing range — flouting legal norms including those of the Wildlife (Protection) Act, 1972.

In April 2020, for example, India’s National Board for Wildlife recommended approval of a proposal by a Coal India Limited subsidiary to mine 98.6 hectares of forestland in the Dehing Patkai Elephant Reserve. Local protests forced the Forest Department to intervene and the company suspended its activities.

India’s New Wildlife Action Plan 2017-2031 emphasizes taking a landscape approach to conservation and reduction of human-wildlife conflict, rather than focusing on protected areas alone. This implies the participation of communities and private companies active in a given landscape.

WWF-India recently implemented such an approach in a three-year project in partnership with Apeejay Tea and local communities in Sonitpur district.

In 2018, WWF-India reported that the project had reduced economic losses from human-elephant conflict by 74%.

Among other things, the project installed solar powered electric fences to protect schools, public health centres and residential areas, planted living fences of thorny bamboo to keep elephants out of tea gardens managed by Apeejay Tea, and used captive elephants to chase wild ones back into nearby forests.

At the time, Apeejay Tea said it would set up a platform to enable WWF-India to achieve similar results with other tea companies.

The Indian Tea Association welcomed the idea after it was presented at a meeting of 15 top tea producers. But three years later, there has been no apparent progress with the plan and when asked about this, Apeejay Tea declined to respond.

Meanwhile, people and elephants continue to clash in Sonitpur.

Bhupen Talukadar, a retired forest official and author of ‘Elephants in Assam’, says the conflict can’t be solved without addressing the elephants’ loss of habitat.

“So far as elephants are concerned, shrinkage of habitat will force them to raid villages until unfortunately the animal is defeated in the war,” he says.

“We have done nothing so far to understand the habitat condition. Unless one knows the status of habitat, both past and present, no one can prescribe any remedy,” he adds.

With no end to the conflict in sight, farmers continue to lose a large proportion of their crop due to regular visits of the wild herds.

But few victims and their families have ever received any compensation. Unable to cope with the losses, many families prefer to abstain from farming.

“In the last five years, we have seen only losses,” says Janmoni Dowarah of Doigrung. “Every year, wild elephants destroy our crops. The process for receiving compensation is not easy. The land has become fallow, but we are not growing crops.”

“In the past, reports of casualties on either side would pour in during a certain period of time,” says local journalist Parag Saikia, from Numaligarh in Golaghat district.

“But the conflict now rages on throughout the year. With no immediate help available, desperate people — young and old — pray to the jumbos for mercy with folded hands to spare them and their dwellings,” Saikia adds.