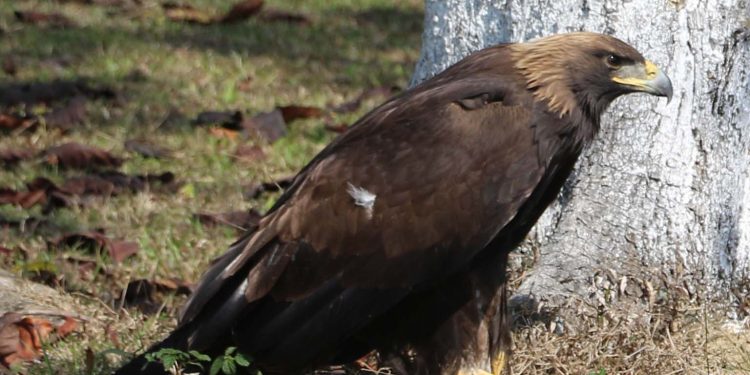 A sub-adult Himalayan Golden Eagle was sighted on Wednesday in the Golf Course at IOCL (AOD) in Digboi.

The eagle, which was found lying on the ground, appeared to be either injured and weak when observed at first.

The duo, along with some students of Zoology department of Dignoi College rushed to the spot to look at the injured eagle.

A team of Digboi forest department also rushed to the spot for the rescuing the injured eagle.

The team thoroughly investigated the eagle, they found that the eagle had injured one of its legs and was also had difficulty in flying.

The team, however, could not ascertain the actual cause of the injury.

The eagle was later shifted to Digboi forest range office and was inspected by range officer Indrani Borgohain, who is also a veterinarian.

After inspection, the injured bird was handed over to World Trust of India (WTI)’s mobile rescue unit at Guijan.