Has the PM ever visited a tea garden, met women workers there? Asks Priyanka Gandhi in Assam

Top Congress leader Priyanka Gandhi who is on a hectic campaign trail in Assam has slammed Prime Minister Narendra Modi for the plight of the tea garden workers of the State.

Speaking at a Congress’ election rally at Jorhat in Assam on Sunday, Priyanka Gandhi asked, “Has the PM ever visited a tea garden, met women workers there?”

“Doesn’t the Prime Minister feel their pain as his promise of giving Rs 350 per day as a daily wage to tea garden workers has not been fulfilled yet?” asked Priyanka Gandhi.

A sea of people turned up for the election rally at Jorhat. 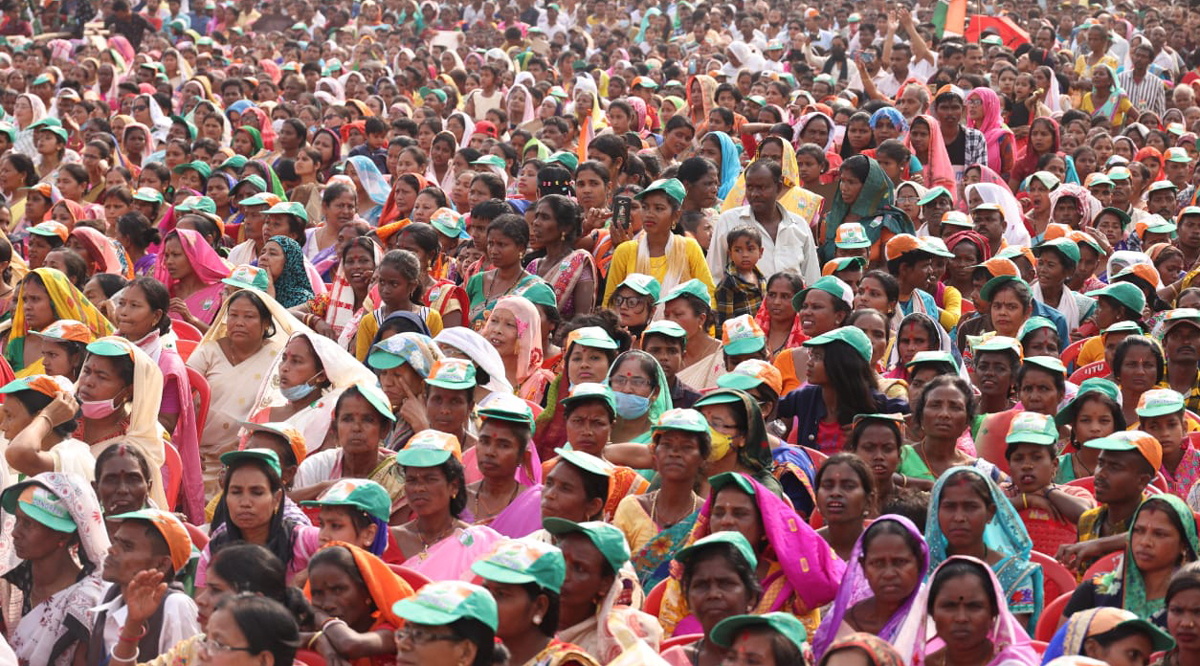 Speaking to the media in Jorhat, Priyanka Gandhi exuded confidence of Congress’ good show in the upcoming Assam Assembly elections.

“We are giving a solid fight and we are very confident,” said Priyanka Gandhi.

“Our effort is to talk about development, needs of the people of Assam and preserving and strengthening its culture and identity,” Priyanka Gandhi added.

Smt.@PriyankaGandhi enjoyed watching young dancers swinging to Assam Congress's official song at the Jorhat rally & it was heartening to see her invite people to join them on stage.#Congressor5Guaranteepic.twitter.com/4q36mpdtVx