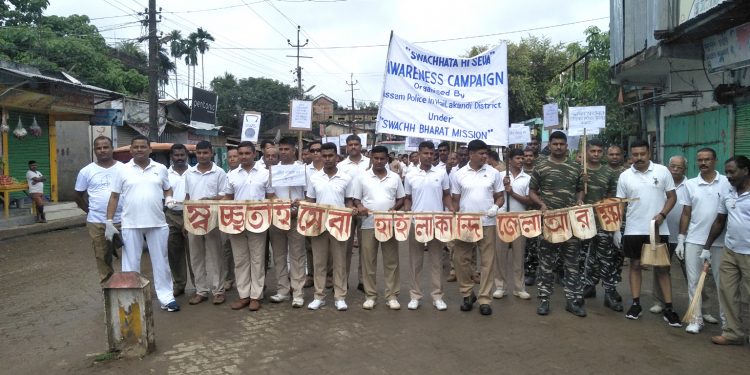 As part of Swachhta Hi Seva campaign, the Hailakandi police on Monday took out a rally to generate awareness on cleanliness.

Pitching its efforts for a clean and healthy Hailakandi, the police personnel swung into action by cleaning the roads and drains.

They kept on moving to different parts of the town, urging to keep the surroundings clean.

Hailakandi Superintendent of Police Pabindra Kumar Nat led the campaign and he was joined by Hailakandi Municipal Board executive officer Prodip Timung, DSP Nayan Moni Barman and several others.

The cleaning campaign began at 8.30 am and continued for an hour.

They collected garbage in eco-friendly bags and urged the citizens to shun the usage of plastic bags and other banned plastic items.

The police administration is further planning to organise cleanliness drive and other related activities on October 2 on Mahatma Gandhi‘s 150th birth anniversary.