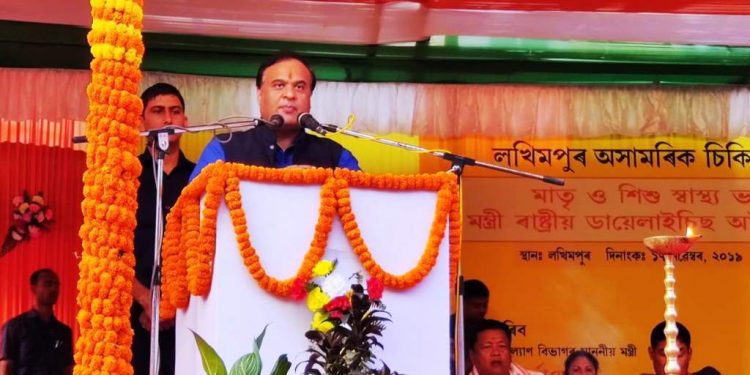 Assam health minister Himanta Biswa Sarma, who is on a two-day visit to Lakhimpur and Dhemaji, said the BJP-led government is committed to fasten development in State.

“The dialysis facility at the hospital will offer free services to the people of Lakhimpur district and the process will be supervised by the medical staff of Apollo Hospitals,” Sarma reiterated.

He further said that already 32 patients have registered their names for dialysis.

The health minister also announced the setting up of a cancer hospital in North Lakhimpur with all facilities of chemotherapy and ray.

“The cancer hospital is aimed to be completed in eighteen months,” Sarma declared.

“The construction of Lakhimpur Medical College will be completed by August 15, 2020,” Sarma added.

Earlier, the health minister visited the Dhakuwakhona Sub-Divisional Hospital and announced the setting up of a blood bank there in two months’ time.