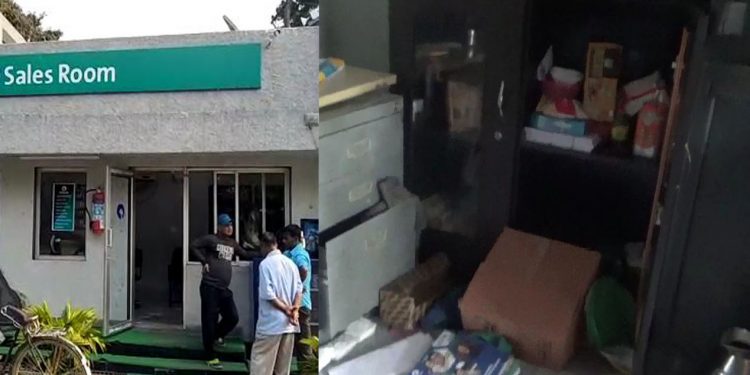 A group of dacoits created uproar at a petrol pump at Puranigudam in Assam’s Nagaon district on Sunday morning.

As per reports, two bike riders had come on the pretext of buying fuel at Reliance Petrol Pump at Kasorigaon village in Puranigudam.

The bike riders later manhandled an employee of the petrol pump with pistols and took him inside a room where he was held captive.

Moreover, another group comprising 15 miscreants who were armed with pistols also arrived at the petrol pump and attacked one employee on the spot.

Apart from injuring that employee, the group also created uproar and panic among the people present in the spot.

Meanwhile, by taking advantage of the situation of panic outside the petrol pump, the bike riders seized Rs 60000, three computers, two printers, some CCTV cameras and fled from the spot.

Although the police had been informed about the incident, no action has been taken against the miscreants as of now.

However, the locals were angry due to the fact that such an incident should occur in the petrol pump which is located near the police station in Puranigudam.