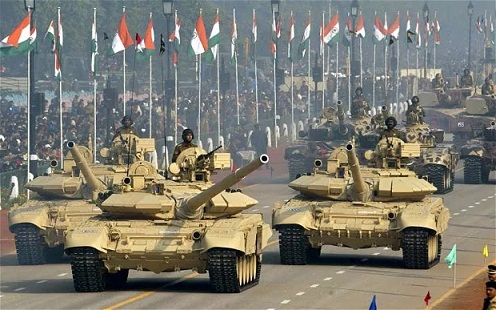 The top three countries are the US, Russia and China while Pakistan ranked 13th.  France, Germany, UK, Japan and Israel are among the top 15 countries.

The report also gives details which can provide a comparison between the militaries of Bangladesh, China, Pakistan and India.

Nuclear weapons are not taken into account for this listing. The ranking of military powers of the 133 countries is based on conventional weaponry in inventory as well as other factors such as economic strength, border size and self-sustainability.

According to the data relating to active military manpower China ranks first followed by the US and India. Myanmar ranks 13th while Bangladesh ranks 36th, Nepal 50th and Bhutan 127th.