Garos in Assam reiterate demand for self-governance, creation of separate council for community 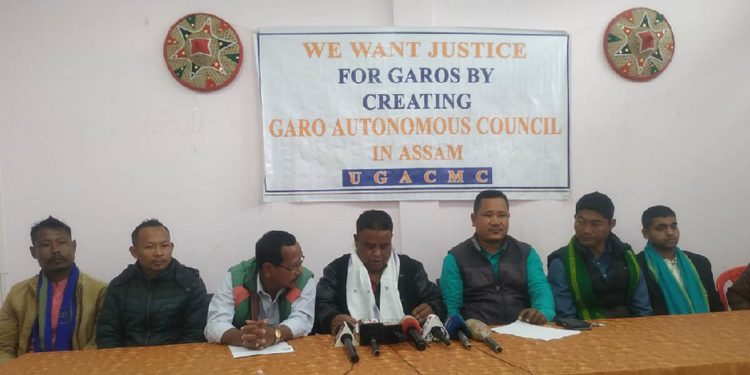 The United Garo Autonomous Council Movement Committee (UGACMC) of Assam has reiterated its demand for self-governance.

The UGACMC demands self-governance within the framework of the Indian constitution by creating a separate Garo autonomous council in Assam.

“The Garo community is the second-largest tribe among all the tribes in Assam, who must be given the freedom to assert and determine the universally accepted principle of the right to political self-determination,” said UGACMC chairman Alex K. Sangma and general secretary Thengsil Sangma on Saturday at Goalpara.

“We must have a separate autonomous council of our own to retain our socio-cultural ethnicity, identity, etc.,” the UGACMC leaders said.

The United Garo Autonomous Council Movement Committee has been demanding the creation of a separate council for the Garos living in Assam for the last several years.

The Garo leaders further said they are planning to intensify mass and effective agitation in various ways against the government of Assam until their demand for the creation of a separate autonomous council is fulfilled.