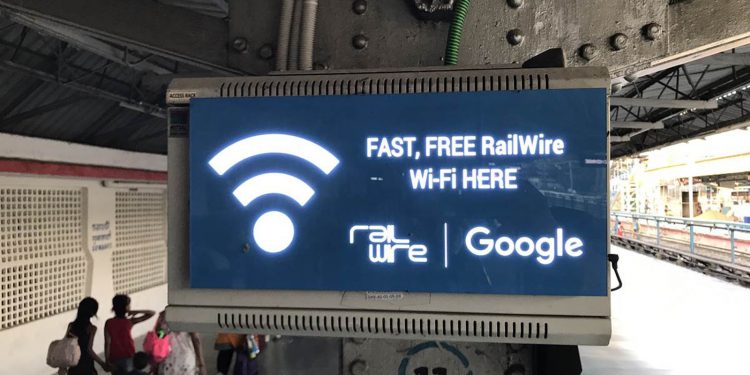 Six railway stations in Assam were connected to free WiFi on Thursday on the occasion of 73rd Independence Day.

On Thursday, in total 71 railway stations across the country, including six in Assam, were connected with free WiFi by the Indian Railways.

With this, the total number of railway stations to get connected to the free WiFi facility is 2820.

Free Wi-Fi services are being provided under RailWire brand, the retail broadband initiative of RailTel.

Over two crore people have been found to use the free WiFi facility at different railway stations in May earlier this year.

RailTel Corporation of India is a public sector enterprise formed with the objective of creating nationwide broadband, telecom and multimedia network to modernize train control operations and safety system of Indian Railways.

The facility of providing free WiFi connection in trains has been taken with the aim of broadening prime minister Narendra Modi’s ‘Digital Media’ initiative.

The initiative of providing free Wi-Fi at railway stations is part of bridging the digital divide & providing high-speed access network to all rail users with financial inclusion of Local Cable Operators.

RailTel has taken a lead in providing fast WiFi for the use of passengers at A1, A category railway stations and had roped in Google as the technology partner.