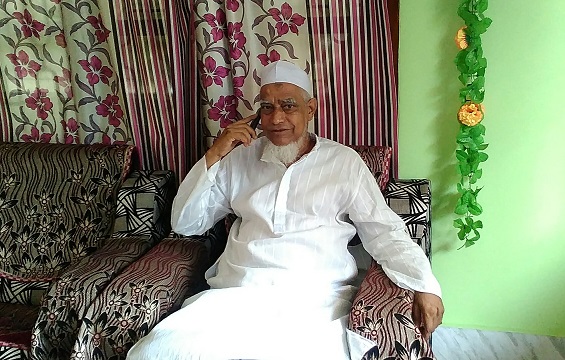 Speaking to Northeast Now, former MLA, Maulana Ataur Rahman Mazarbhuiya, said, “After acceptance of all documents, my name was cleared in the first draft that came out on December 31 last, but, I was really surprised to find out that my name was missing when the final draft was tabled on Monday.”

He added, “I have been told by Deputy Commissioner Cachar, Dr S Lakhsmanan that he would check all his documents once again and rectify if any mistake is there on their part. I am willing to wait till than, or else, I would take legal course of action and demand an explanation from Mr Prateek Hajela, the state coordinator of NRC.”

On being asked about the 40 lakh names not finding their way into the NRC list of Assam, Mazarbhuiya said that after corrections and claims many would get added once again. “I strongly believe that more than 90 percent are genuine citizens of India and would find their names enrolled when the final publication of NRC is done,’ he said.

Chief Minister of West Bengal, Mamata Banerjee’s concerns for the 40 lakh people of Assam also finds support of Maulana Ataur Rahman Mazabuiya. Speaking in line of West Bengal CM, Mazarbhuiya said, “Her concerns for the Bengalis or the Biharis, cannot be overlooked and this concerns would travel to other states of India, in the days to come. I too believe, like her, that 40 lakhs people cannot be foreigners and of these 40 lakhs, more than 95 per cent are genuine citizens and are not in the final draft due to some negligence or mistake by the authorities.”