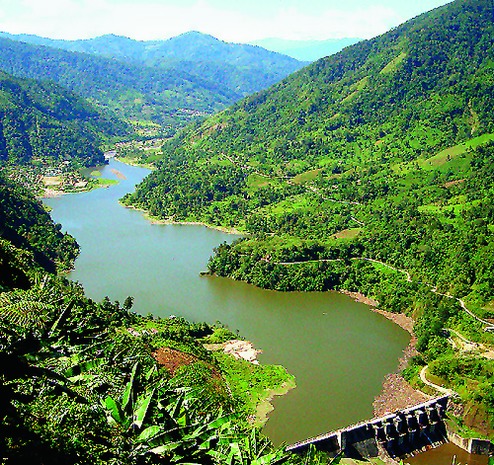 The Lakhimpur District Administration has put out a high alert after North Eastern Electric Power Corporation Ltd (NEEPCO) released water from the Ranganadi dam project at Yazali in Arunachal Pradesh on the downstream of the river on Thursday.

The release of dam water and the incessant rains has left Ranganadi and its tributaries flooded in Lakhimpur district on Friday.

About 20 villages under Nowboicha Revenue Circle in Lakhimpur have been inundated by the flood water of Ranganadi.

The Pahumora High School near NH-15 is also under water from the river since last night.

The water levels of Dikrong and Singra are also rising due to the heavy rain in the district.

The Lakhimpur District Administration has asked people not to venture out for boating, fishing and swimming in the rivers due to the release of water from the Ranganadi dam.

Meanwhile the damage in the railway line due to heavy rains in Kekuri in Dhemaji district on Friday disrupted railway services between North Lakhimpur and Murkongchelek.