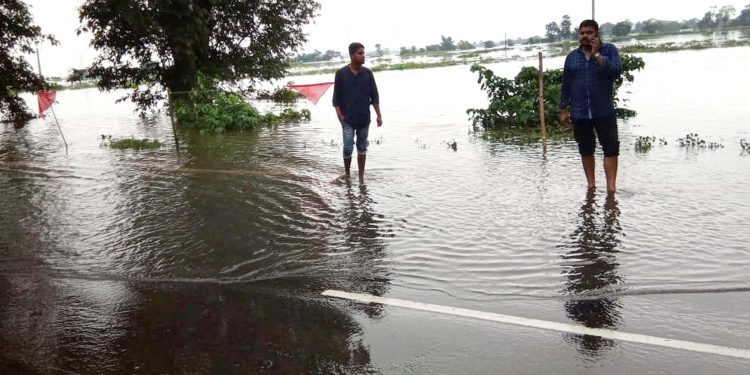 At least five rhinos have died due to drowning in flood-hit Kaziranga National Park in Assam.

According to reports, carcasses of five rhinos have been recovered so far from the park, which is reeling under the effects of severe monsoon flooding.

KNP authorities on Wednesday had said that carcasses of a male and a female rhino were found at Tinimukhuni Nallah and Miikrjan Tongi areas in the central range of the park, which is spread over 430 square kilometres (km).

As many as 66 animals including one buffalo, 68 hog deer and two swamp deer have perished and 170 others have been rescued from the flood-hit world heritage site, said an official.

On Thursday, Assam chief minister Sarbananda Sonowal had visited the flood-affected areas of Kaziranga national park and took stock of the situation.

Meanwhile, a tigress which was rescued from the residence of one Prabin Bora near Kaziranga National Park two days back was released into the wild on Friday.

The tigress was rescued from the residence of Bora at Baghmari region near the Bagori range of the national park.