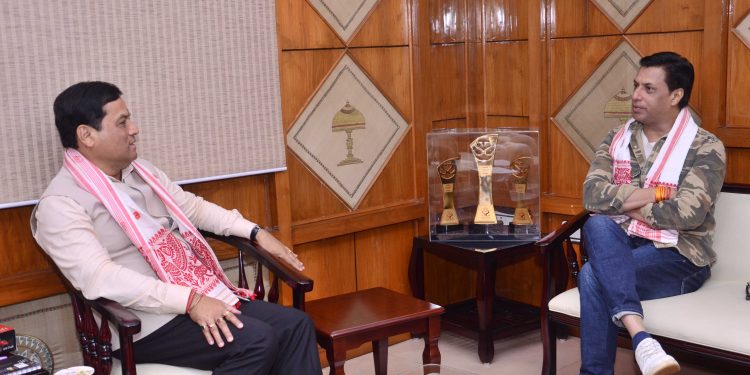 They met at the chief minister’s office in Janata Bhawan and discussed various issues related to development of film industry in the State.

Informing the filmmaker about the state film policy, which was recently approved by the State Cabinet, Sonowal said a lot of steps have been taken by the State Government to revive the Assamese film industry.

Sonowal also requested Bhandarkar to shoot one of his films in Assam so that the State’s natural beauty could be projected worldwide.

He assured all cooperation to the filmmaker in this regard.

Bhandarkar, who is in the city for attending the 3rd Guwahati International Film Festival, suggested the chief minister that a single window system should be put in place so that filmmakers and producers could obtain necessary clearances and permissions for shooting their films here.

Sonowal informed that Standard Operating Procedure (SOP) for a Film Tourism Policy in the State was being prepared and once finalized it would make Assam one of the attractive destinations for the filmmakers.

Bhandarkar also stressed on the need to attract other regional film producers from West Bengal or Southern India to visit Assam apart from Bollywood so that artistes and technicians here could find substantive works all year round.