The Congress has moved the Election Commission of India (ECI) against Assam Minister and BJP strongman in Northeast Himanta Biswa Sarma.

The Congress has submitted a petition to the ECI seeking “registration of FIR and putting a blanket ban” on Himanta Biswa Sarma from campaigning for the Assam Assembly elections.

The Congress has sought action against Himanta Biswa Sarma for allegedly threatening Bodoland People’s Front (BPF) chief Hagrama Mohilary of “sending him to jail” during campaigning for BJP for the Assam Assembly elections.

“…he has openly threatened his opponent party, INC alliance partner Bodoland People’s Front (BPF) chairperson Hagrama Mohilary of sending him to jail by misusing the Central Agency – NIA which is under the direct administrative control of the BJP led Central Government,” the Congress alleged in its petition to the ECI. 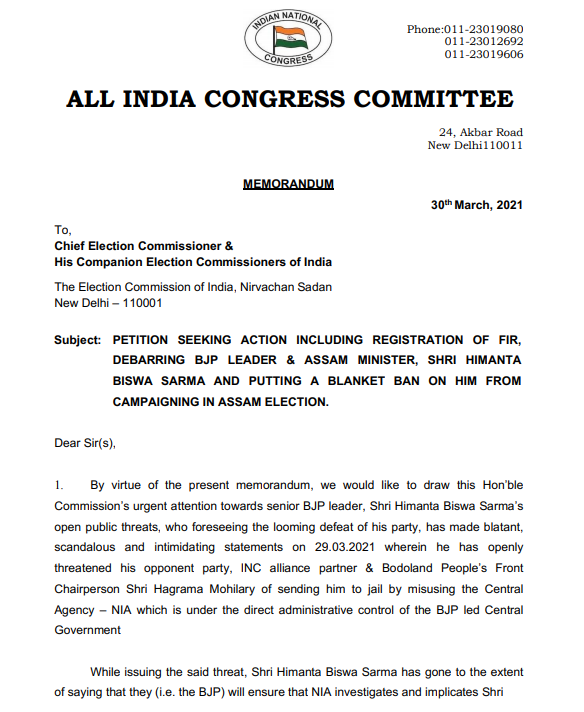 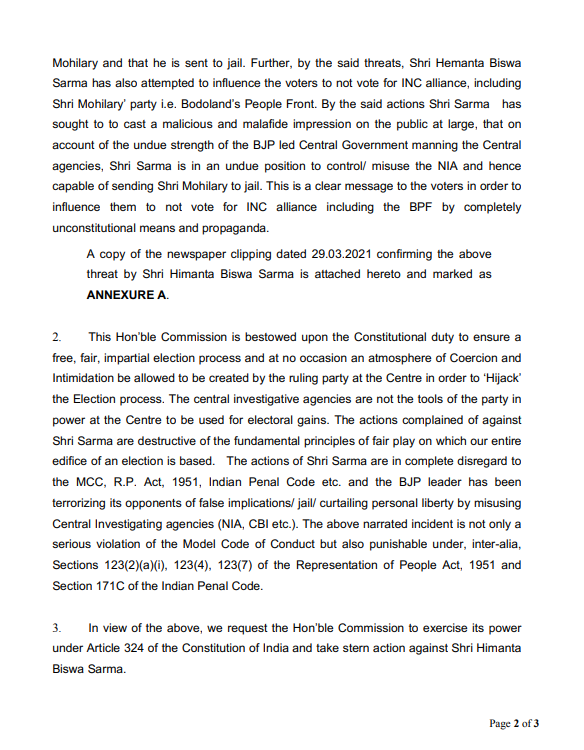 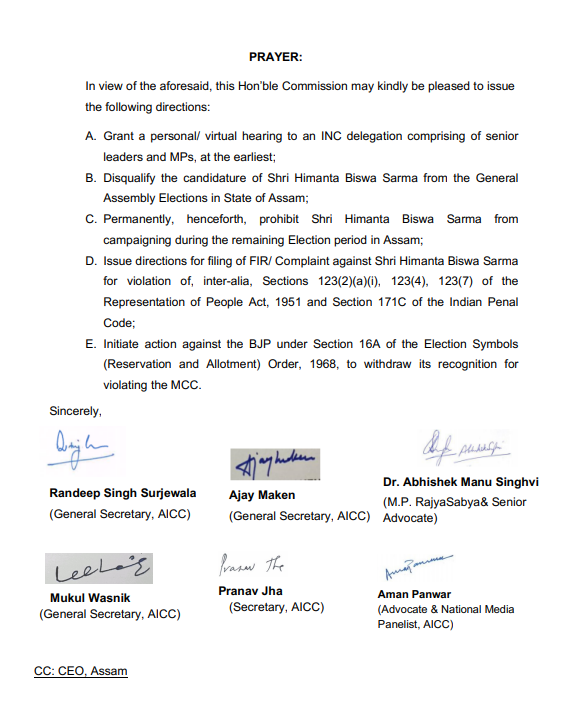 “While issuing Sarma has gone to extent of saying that they (i.e. the BJP) will ensure that NIA investigates and implicates Mohilary and that he is sent to jail,” added the Congress petition.

The Congress stated: “The central investigative agencies are not tools of the party in power at the Centre to be used for electoral gains.”

“The actions of Sarma are in complete disregard to the MCC (Model Code of Conduct), RP Act, 1951, Indian Penal Code (IPC) etc. and the BJP leader has been terrorising its opponents of false implications/ jail/ curtailing personal liberty by misusing Central investigating agencies,” the Congress stated in its letter to the ECI.

“In view of the aforesaid, this Commission may kindly be pleased to Issue the following directions: