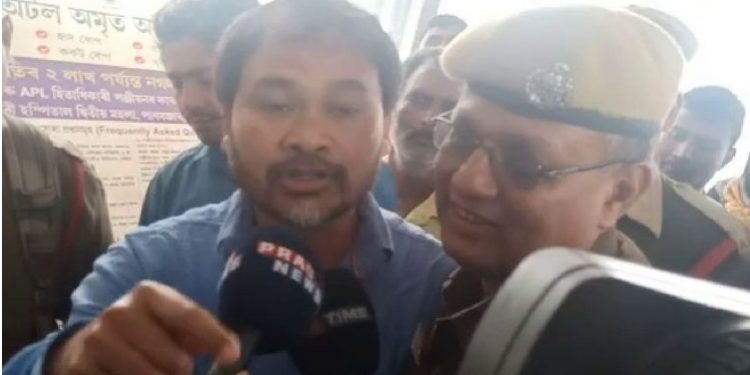 Former Assam chief minister Tarun Gogoi has urged the government to release KMSS chief Akhil Gogoi and other arrested leaders of the outfit.

Peasants’ leader Gogoi has been lodged in jail since December 2019 on several charges, including sedition and instigation of violence during the Citizenship (Amendment) Act protests.

“Detention of Akhil Gogoi and others is undemocratic, unlawful, and a violation of democratic rights. We have urged the government to release them immediately,” veteran Congress leader Gogoi said.

He also expressed concern over the peasant leader’s deteriorating health.

“The government must provide him the best treatment,” he added.

Akhil and two other KMSS leaders—Dharya Konwar and Bitu Sonowal –have reportedly tested positive for Covid-19 at Guwahati Central jail.

The jail authorities have, however, claimed that Akhil tested negative for the virus.