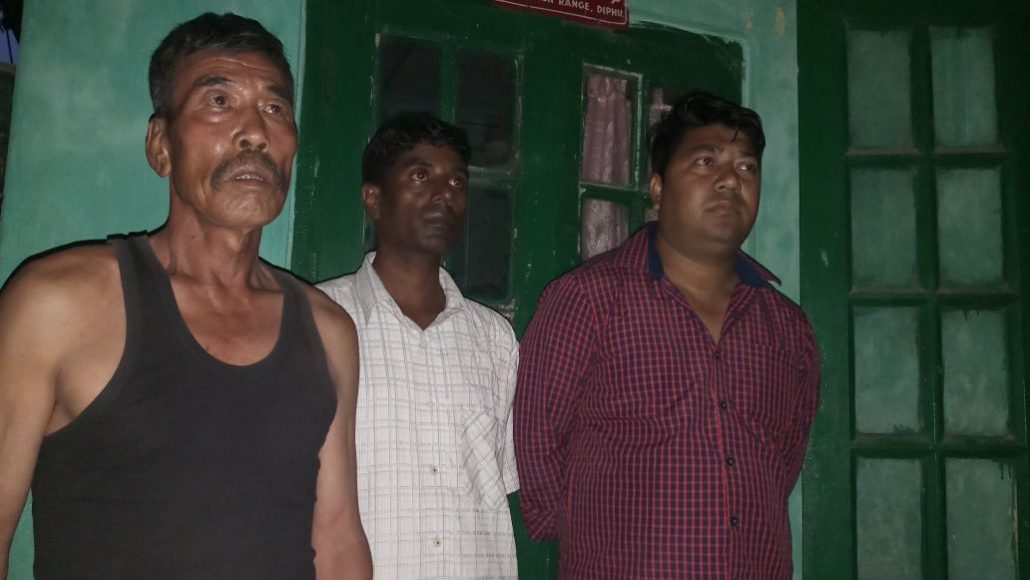 In their continued efforts to stop encroachment in Assam land by people from Nagaland side, Assam Forest officials and security forces were able to seize an excavator and nab three suspected encroachers for illegally entering Daldali Reserve Forest inside Karbi Anglong under West Division on Monday.

At around 3 pm when the Forest officials and security team of Assam Police Battalion while patrolling saw an excavator and some persons cutting earth inside the Reserve Forest under West Division between Pillar No 17 and the Border Outpost at Shankar Tilla along the Assam-Nagaland border.

The Forest officials with the help of the security personnel were able to nab three persons from the spot. The apprehended trio has been identified as Shrieu Angami of Burma Camp, Dimapur; Kikum Shungbai of Indisen in Dimapur and excavator driver Jitrusen Tirkey of Japrajan of Karbi Anglong under Bokajan Police Station.

The Forest officials said when they patrolled the same stretch in the morning there was no activity in the area. One of the Forest officials, who led the operation, Lahorijan Sub-Beat Officer Longki Killing said, “In the morning, we saw nothing, but in the evening there was an excavator which was used to cut earth inside Daldali Reserve Forest under West Division inside Karbi Anglong. The excavator was left at the site for some reasons but we nabbed three men from the spot.”

The three suspected encroachers were brought to the office of the Protection Range Office at Diphu for interrogation. However, till the time of filling of this report, no case has been registered against them.

The Assam-Nagaland border in Karbi Anglong district has been the target of encroachers since long. Sometimes, gunfights also take place in between infiltrators and Assam Police resulting in casualties of Forest officials, police personnel and encroachers.