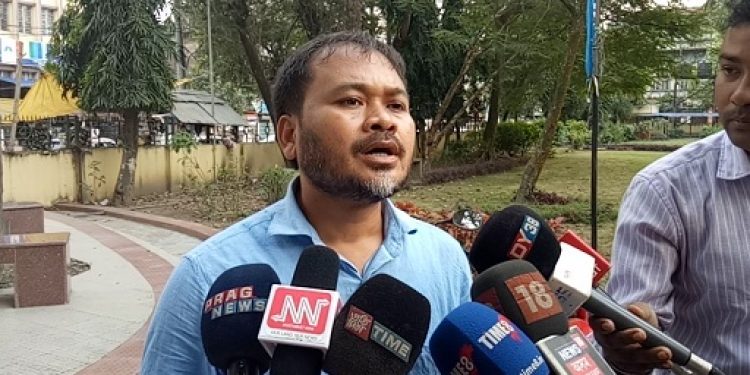 A total of 29 leading personalities including scholars, lawyers, journalist and activists from across the country have slammed the Assam government for its “callous attitude” towards the “continuous detention” of KMSS leader Akhil Gogoi through repeated arrests.

Akhil was first arrested by the Assam police on December 12 from Jorhat at the peak of the anti-Citizenship Amendment Act (CAA) agitation and subsequently handed over to NIA.

Narrating Akhil’s “ordeal”, the statement said, “By repeatedly re-arresting Gogoi, the police have violated the personal liberty of the activist.

“This practice of re-arresting accused in old cases, when chargesheets could not be filed in any major charge, is an attempt at circumventing the judicial scrutiny of executive actions.

“It is, of course, a gross violation of the norms of natural justice. The higher judiciary needs to intervene to protect the human rights of activists who try to correct apparently unwise actions of any government.”

The statement also highlighted Akhil’s “deteriorating” health. It alleged that “the jail authorities have not been giving him proper treatment”, as a result of which “the NIA special court had to order a check-up and constitute a medical board to monitor his health”.

The statement said, “We fear something serious might happen to him, particularly, when the Supreme Court has asked authorities to release even some convicts because of the spread of coronavirus. We urge upon the higher judiciary to take suo moto action in this matter. The government must be prevented from using such tactics to fight political opponents.”