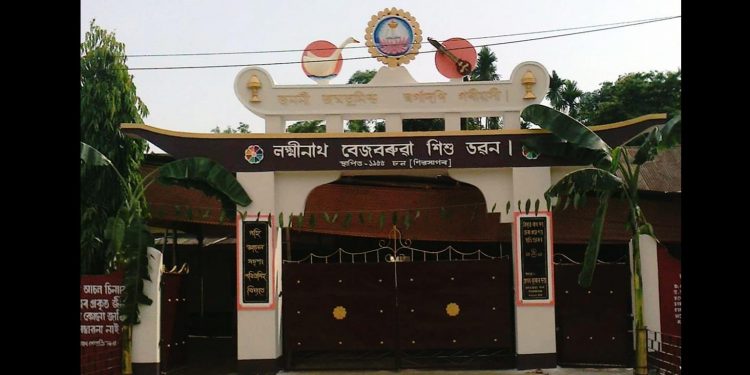 At a time when fingers are being raised on the quality of education in government schools in Assam, a school in Sivasagar is drawing everyone’s attention.

Eager parents have been lining up to collect admission forms for their children to get them admitted in the pre-primary class of this over 50-year-old school.

Established in 1955, the Lakshminath Bezbaroa Sishu Bhawan over the years has created a name for itself by delivering quality education.

“We have been queuing to collect the admission form yesterday night,” said a parent while speaking to Northeast Now on Monday.

“Even though the form distribution began today, but we didn’t want to take any chances. We have been waiting for the gates to open since yesterday night,” said another parent.

“The quality of education the school imparts is of foremost quality,” said another parent.

Some parents, on the other hand, have been queuing since Saturday night and are hoping that their child will get admission in the school.

Speaking to Northeast Now, headmistress of the pre-primary class Runmoni Dutta Ojah said, “We will issue 100 forms this year, out of which 50 students will get admission.”

The school has an impeccable record and in the past, a number of teachers have been awarded Best Teacher Award on several occasions.