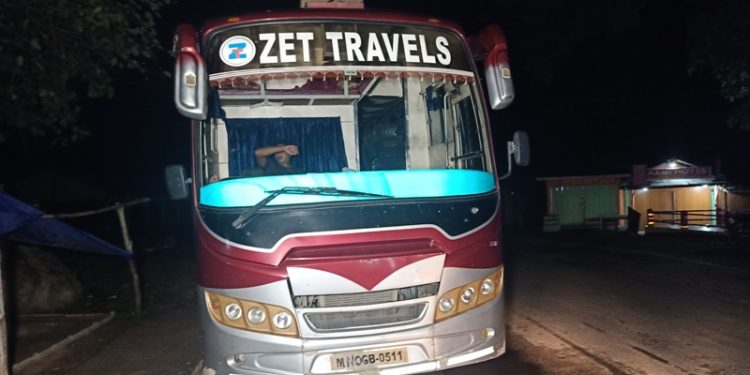 The drugs were detected in a Guwahati-bound night super bus bearing registration no MN-06B 0511 by a Home Guard Borsing Bey.

In yet another operation in its crusade against drug smuggling, the Karbi Anglong police have seized three kilos of high-quality Methamphetamine aka Crystal ice at a check gate under Dillai police station in East Karbi Anglong late Monday evening.

According to reports, the drugs were detected in a Guwahati-bound night super bus bearing registration no MN-06B 0511 by a Home Guard Borsing Bey.

The drug packets were kept concealed inside the dashboard of the cabin and were impossible to detect from outside.

A huge amount of bribe was also offered to the Home Guard Bey for letting them pass and not disclosing the matter to his superior officer.

However, the guard refused to take the money offered by the driver and sparing no more time he promptly informed the matter to his seniors.

The value of the seized drugs is estimated at around Rs 12 Crores in the International black market.

Three people including the driver along with two other women hailing from Tamil Nadu were arrested in connection with the seizure.

The apprehended women and the driver of the bus have been identified as Lashmi D, Panjavarnam and Khoiram Basanta Singha.

“Because of which drugs worth Rs.12 crores have been taken off the market. Sri Bey for this selfless and honest act will be rewarded with an amount of Rs. One Lakh.

Salute to HomeGaurd Bay! Salute to @karbianglongpol !We are all so proud of you!,” tweeted the DGP.