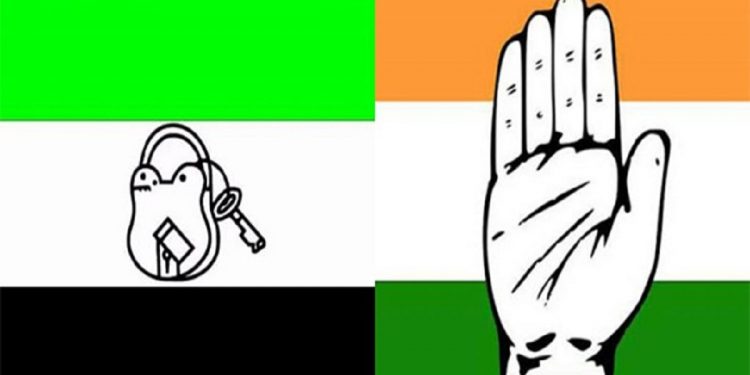 The Congress in Assam has asked the AIUDF and other grand alliance constituents to maintain restraint while giving statements.

The Congress has asked the grand alliance constituents to refrain from making provocative statements that might hurt the sentiments of other communities.

This was informed by Assam Congress Chief Ripun Bora.

This follows AIUDF supremo and Lok Sabha MP Badruddin Ajmal’s remarks during a public meeting last week where he said that over 3 thousand mosques would be demolished in the Country if BJP retained power in 2024 LS elections.

Ajmal’s remarks were heavily criticised by Union Home Minister Amit Shah during his visit to Assam.

Home Minister Amit Shah had also slammed the Congress for allying with the AIUDF in Assam.

War of words has intensified between the BJP and the opposition parties in Assam ahead of the Assembly elections in the State.

Polls to the 126-member Assam Legislative Assembly are likely to be held in April-May this year.

The Congress has forged a ‘Grand Alliance’ with AIUDF, CPI, CPI-M, CPI-ML and Anchalik Gana Morcha.