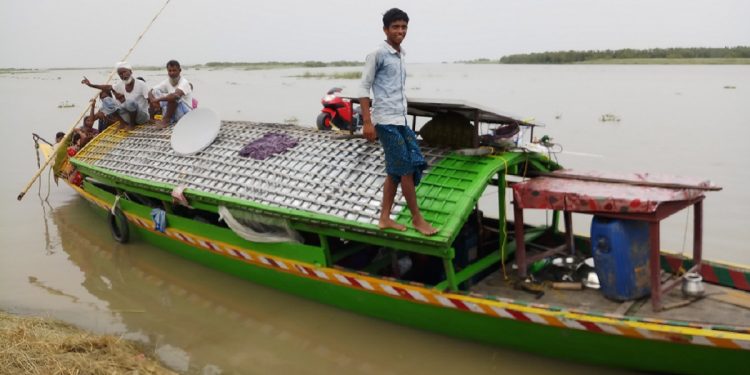 The second wave of flood has affected a population of 5,51,207, inundated 544 villages and submerged over about 10 thousand hectares of cropland in Assam’s Dhubri district.

According to the daily flood report by the District Disaster Management Authority, under Dhubri revenue circle, 96 villages and a population of 2,07,014, have so far been affected by the ongoing flood.

One death has been reported due to flood on Tuesday.

According to the administration, a 14-year-old girl, at village Nayahat Bilasipara area, who died due to drowning in the flood area, while she was bathing.

This has affected all the wards of under Dhubri municipal area, and thousands of houses have been submerged.

Many government offices, mainly the office of the district election officer, the inspector of schools, Social Welfare Office have been under the flood, few schools of the district have also been reported to be under knee-deep water.

Meanwhile, the water level of Brahmaputra is still on the rise.

At least six roads and two bridges have already been damaged in the district.

It may be mentioned that the Brahmaputra has crossed its danger level and is flowing at 30.17 metres while its tributaries Gangadhar is also flowing at 29.94 metres, against their danger levels of 28.68 metres and 29.94 metres respectively.

Moreover, there are 1,688 inmates living in 21 relief camps of the district while thousands of families have so far been shifted to the highland areas mainly on the roadside of National Highway and other safe places.

Talking to this correspondent, many affected people said they are avoiding shifting to relief camps, due to the ongoing pandemic, fearing of COVID-19 contamination.