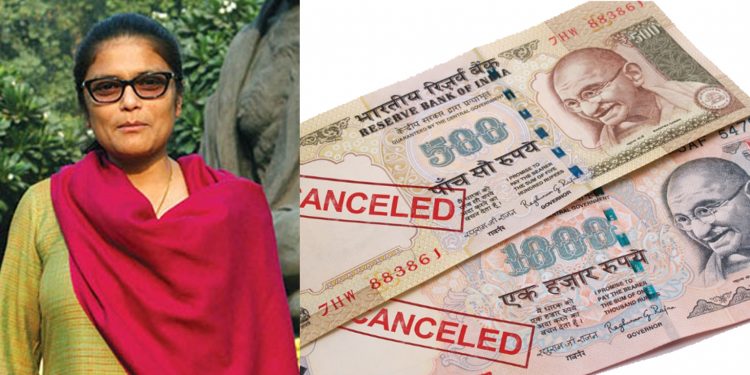 In a tweet, the president of All India Mahila Congress (AIMC) said, “#Demonetisation –The Bad, the worse and the ugly.”

“The ill-planned & hastily implemented stunt hurt the weakest sections of society the most: daily-wage labourers, small traders and businesses, farmers, women and senior citizens,” she added.

On November 8, 2016, Prime Minister Narendra Modi announced that Rs 500 and Rs 1,000 currency notes would cease to be a legal tender.

Not just Dev, but the Central government was criticized for the demonetisation on its third anniversary by several other Congress leaders as well.

Terming demonetisation as a “terror attack”, Congress leader Rahul Gandhi on Friday said those behind the “vicious” assault have yet to be brought to justice.

“Those behind this vicious attack have yet to be brought to justice,” he further added.

Prime Minister Narendra Modi had in 2016 revealed that the decision of demonetization was taken to counter terror funding, corruption and hoarding of black money.