Alastair Neil Mac Donald, an 83-year-old tourist and a resident of Newcastle in Tyne was found dead on the Charaidew II luxury cruise liner 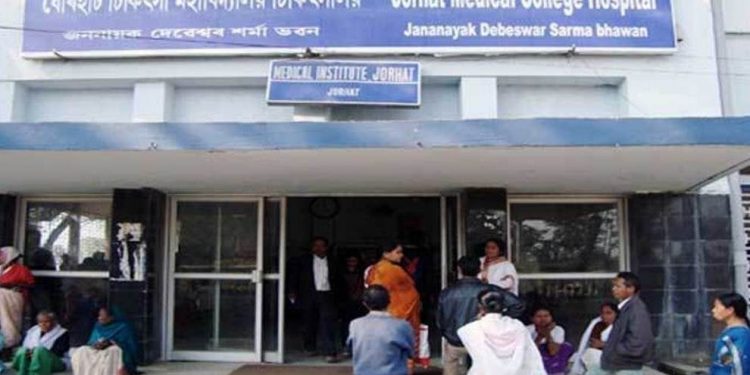 The death of a British tourist on January 31 has brought to light the deplorable condition of the morgue at Jorhat Medical College and Hospital (JMCH).

Alastair Neil Mac Donald, an 83-year-old tourist and a resident of Newcastle in Tyne was found dead on the Charaidew II luxury cruise liner when the ship docked at Nimatighat in Jorhat on Friday.

He was travelling from Guwahati to Jorhat with a group of 24 tourists.

After the post mortem at the government hospital, doctors were at sea as to where to keep the body as the morgue’s cold chamber had conked out three years ago.

A source said that the cold chamber had been installed after the JMCH was established in 2009.

“It functioned for a few years after being installed and then became inoperative. In the past three years it has been repaired a few times and remains operative for a few days before going on the blink again,” the source said.

The source further said a new cold chamber had been sought from the health department through formal procedure and quotations had been given but nothing had come of it.

The source further said both Jorhat MP Kamakhya Prasad Tasa , Assam Assembly speaker Hitendra Nath Goswami were in the know and both had shown intent of getting it replaced but these had remained verbal assurances only.

Goswami had dished out Rs 7 lakh for an animal ambulance to a private organisation when he had been moved to by the sight of dead and ailing cattle on the roads of the town about two years ago.

Regarding how the bodies were stored now, the source said that usually the relatives take them away otherwise they are immediately handed back to the police.

A local in Jorhat said the JMCH had been equipped with crores of rupees worth state of art machinery in recent years but it was a shame that the cold chamber in the morgue which would not cost more than Rs 15 lakh had not been replaced.

“In the international arena we will be hanging our heads in shame when this matter comes to be known,” he said.

SDO Sadar Bipul Das said that they had made a temporary arrangement for keeping the body at JMCH in a cooling chamber borrowed from the Tarajan crematorium.

Das said that as far as he knew the External Affairs ministry had been contacted but there had been no response from their end till now.

“We can keep the body at the most for 72 hours (which would be tomorrow) and would then have to dispose of it,” he said.