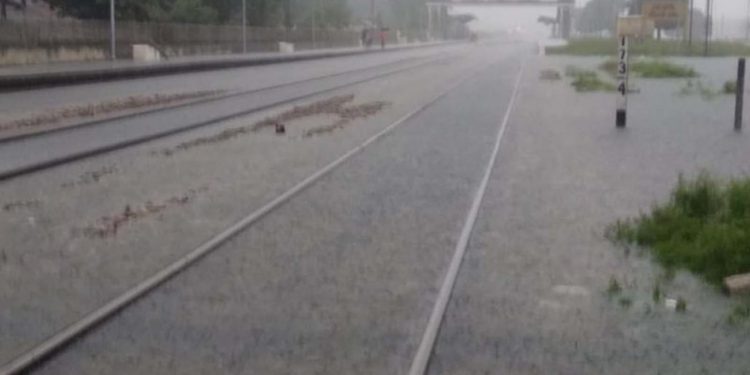 The non-stop rain and the worsening flood situation in several lower Assam districts, which damaged railway tracks in Alipurduwar division, has forced the Northeast Frontier Railways (NFR) to change the direction of various trains plying via Alipurduar. 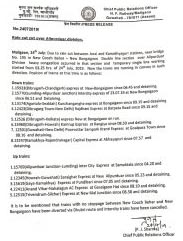 In an official circular on Wednesday, the NFR stated that trains are running on a single track system between Jorai and Kamakhyaguri.

Some trains are even diverted via Dhubri.

“Due to the rain cut between Jorai and Kamakhyaguri, near bridge 198 in New Cooch Behar-New Bongaigaon double line section over Alipurduar division heavy congestion occurred in that section and temporary single line working started from Wednesday 3:25 pm,” read the NFR circular.

Trains having no stoppage between New Cooch Behar and New Bongaigaon have been diverted via Dhubri, the circular further said.