According to the latest bulletin on COVID19, released by the Arunachal Pradesh health department, the new cases have been detected in 15 districts.

Of the new cases, the Itanagar Capital Region (ICR) has reported the highest number of new cases at 25.

While 15 of the cases are symptomatic, the rest are asymptomatic.

Meanwhile, 237 more patients, who were earlier infected by COVID19, have been discharged in the state after they recovered from the disease.

According to the bulletin, the patients have been discharged from 18 districts.

Of these patients, 65 have been released from Papum Pare district, which is the highest number of patients discharged in the last 24 hours in the state.

So far a total of 10,552 patients have recovered from the disease in Arunachal Pradesh.

The deadly news has claimed the lives of 30 people and the death rate is 21.29%. 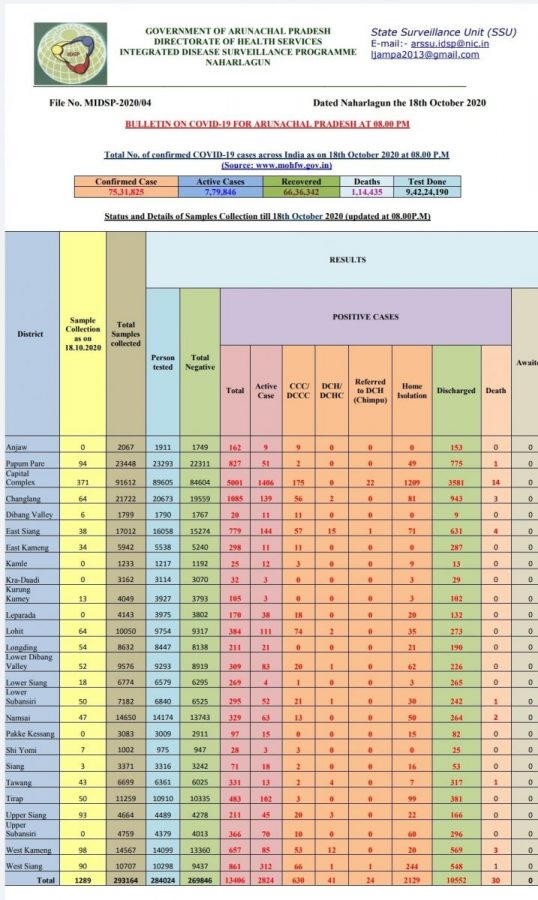 Four MoUs likely to be signed between India, Bangladesh in December