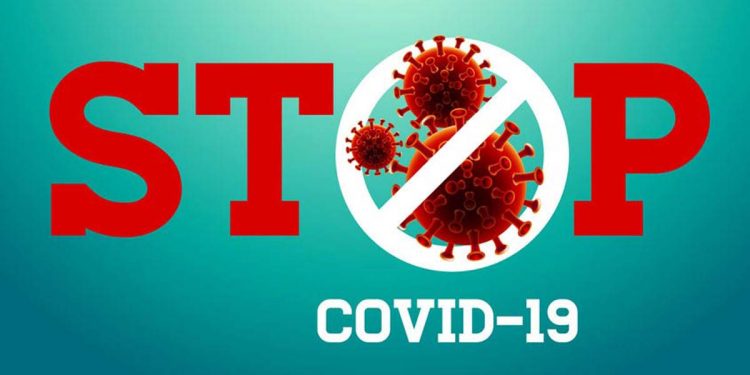 Keeping in view of Covid19 pandemic, Meghalaya government has restricted the entry of Meghalaya residents, except the designated points at Tikrikilla and Berubari routes to enter into Garo Hills.

In the letter, the West Garo Hills DC said: “For transit pass the desiring residents of Meghalaya, who are in outside state and willing to enter into Garo Hills, need to apply for e-transit pass, upon receiving the same they can move to their destination through the designated points.” 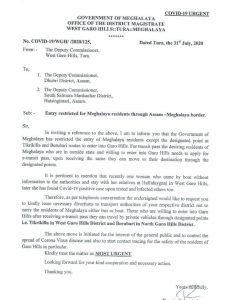 The DC said recently one woman, who came by boat without information to the authority and stayed with her relatives at Hallidayganj in West Garo, tested CovidI9 positive and infected others too.

“Therefore, as per telephonic conversation the undersigned would like to request you to kindly issue necessary directions to transport authorities of your respective district not to carry the residents of Meghalaya either by bus or boat,” the DC said in the letter.

“The above move is initiated for the interest of the general public and to control the spread of Coronavirus disease and also to start contact tracing for the safety oldie resident of Garo Hills in particular,” the West Garo Hills DC said.